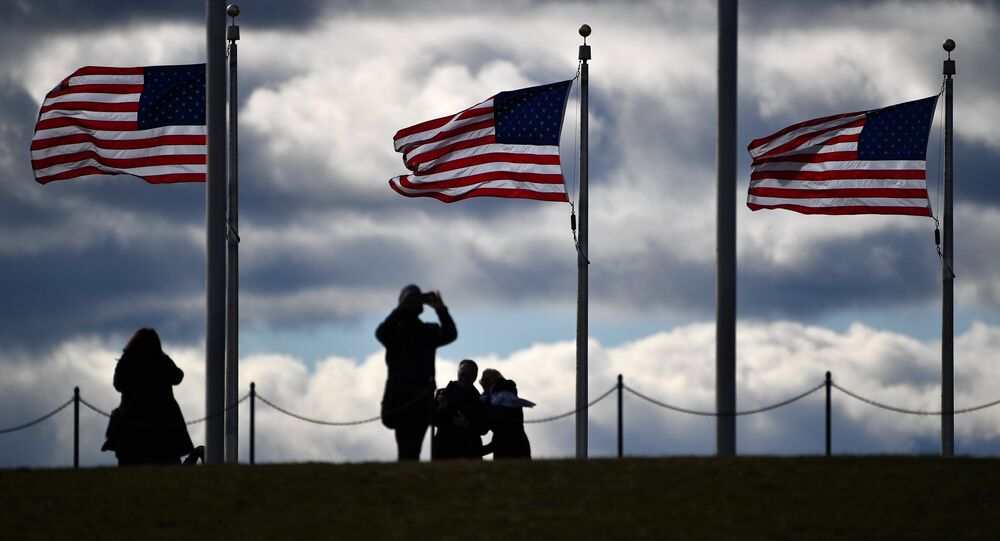 A majority of US voters believe the traditional news media reports a lot of fake news, a poll revealed on Wednesday.

© AP Photo / Mary Altaffer
US Media Anti-Russian Hysteria Hits New Levels - Russian Embassy in US
WASHINGTON (Sputnik) — A majority of US voters across the ideological spectrum believe the traditional news media reports a lot of fake news, according to a poll by Harvard University and Harris Polling on Wednesday.

"Sixty-five percent of voters believe there is a lot of fake news in the mainstream media," a news report explaining the poll revealed. "That number includes 80 percent of Republicans, 60 percent of independents and 53 percent of Democrats."

The Hill, which had exclusive access to the poll, reported that many conservatives believe media outlets have loosened reporting standards on President Donald Trump to include material from anonymous sources that would not be reported about a more traditional Republican or Democratic presidential administration,

"Every major institution from the presidency to the courts is now seen as operating in a partisan fashion in one direction or the other," Harris co-director Mark Penn stated in the report.

Additionally, The Hill reported noted "frustration of the mainstream press" due to Trump's complaints about reports, characterizing the press as the "opposition party," and the perception that the White House has been opened to fringe media outlets.

The report concluded that the result is that both Trump's image and US public trust in the media are at all-time lows.

US Media Coverage of Trump-Lavrov Meeting Example of 'Bigotry' - Moscow