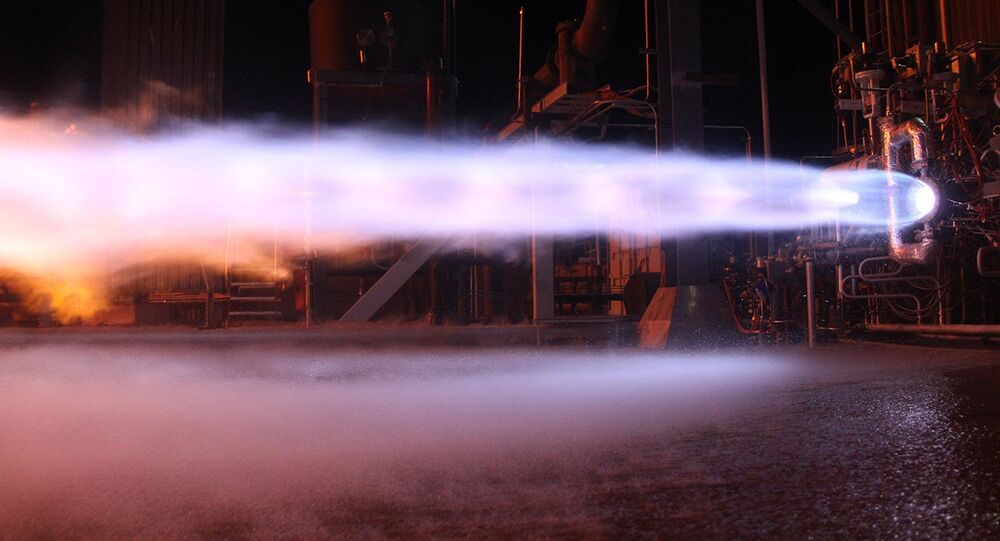 US Air Force Space Command head said that a testing mishap of Blue Origin’s BE-4 engine that is expected to replace the Russian-made RD-180 rocket engine is unfortunate but not unusual during a development process.

© Sputnik / Yuri Streletc
Washington Still Has No Engine to Replace Russian-Made RD-180
WASHINGTON (Sputnik)  – A testing mishap of Blue Origin’s BE-4 engine that is expected to replace the Russian-made RD-180 rocket engine is unfortunate but not unusual during a development process, US Air Force Space Command head Gen. Jay Raymond said on Friday.

On May 14, Blue Origin announce on its Twitter account that they lost a set of power-pack test hardware on one of the BE-4 test stands.

"Obviously, that mishap is regrettable but is not uncommon in development efforts," Raymond stated during a House of Representatives hearing on national security space assets.

Raymond argued the approach adds credibility to the strategy to ensure multiple engines are developed.

"I think we have pretty significant visibility into ULA’s processes although it’s ULA’s ultimate final decision," he claimed, adding that once the decision is made, the Air Force will do its own independent review.

The US space program currently relies on Russian-made RD-180 rocket engines to power the booster rockets that carry its astronauts up to the International Space Station.

Private companies, including SpaceX and Blue Origin, are developing the rocket engines that would be used by the Pentagon in the future.

Blue Origin has been developing BE-4 engines working on liquid oxygen and liquid methane since 2011. The flight tests are expected to take place in 2019.