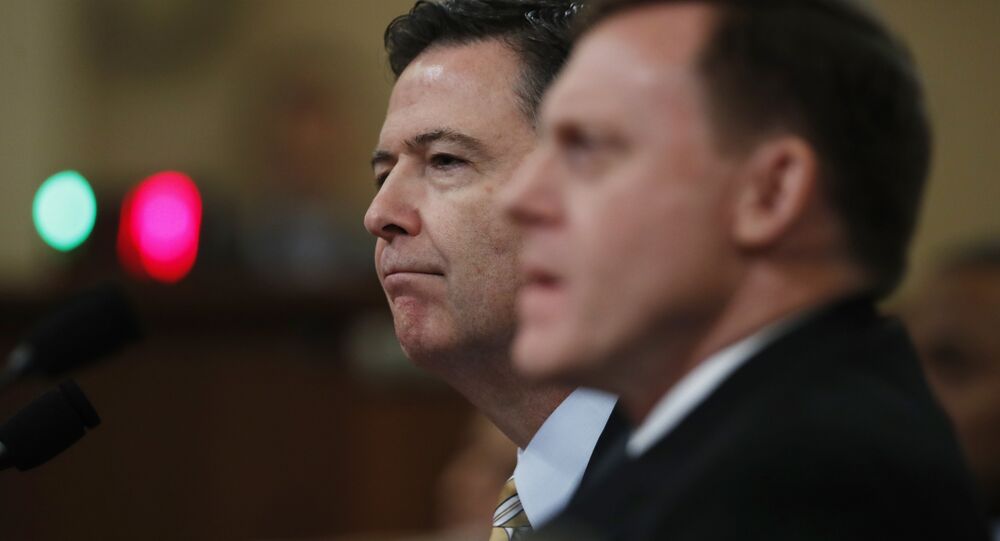 US Senate Intelligence Committee Chairman Richard Burr suggested Friday that the firing of FBI Director Comey could hardly be linked to the probe into President Trump's alleged links to Russia, simply because investigators haven't got any evidence to prove the collusion took place.

WASHINGTON (Sputnik) — Burr said because there has been no evidence of collusion between President Donald Trump and Russia it is unlikely FBI Director James Comey was fired to impede the ongoing investigation, media reported.

“To date, there's been no evidence of collusion [between Trump and Russia]," Burr stated Friday as quoted by Fox News. "So that lessens my belief that it was to impede an investigation because there wasn't anything threatening as it relates to the evidence today.”

The chairman noted that the firing of Comey can delay the Committee's access to certain individuals who work for the FBI, because the bureau's new director has not been selected yet.

The White House said on Thursday that Trump encouraged the Justice Department to complete the ongoing investigation into Russia's alleged meddling in the November 8 election. The probe is likely to be led by Deputy Attorney General Rod Rosenstein, according to the Trump administration.

Russia has repeatedly denied the US allegations of its interference in the 2016 election, characterizing them as absurd, with Kremlin spokesman Dmitry Peskov saying Moscow did not have official contacts with the Trump's team during the presidential campaign.

Sergei Lavrov: Trump Administration to Decide on How to Develop Ties With Russia