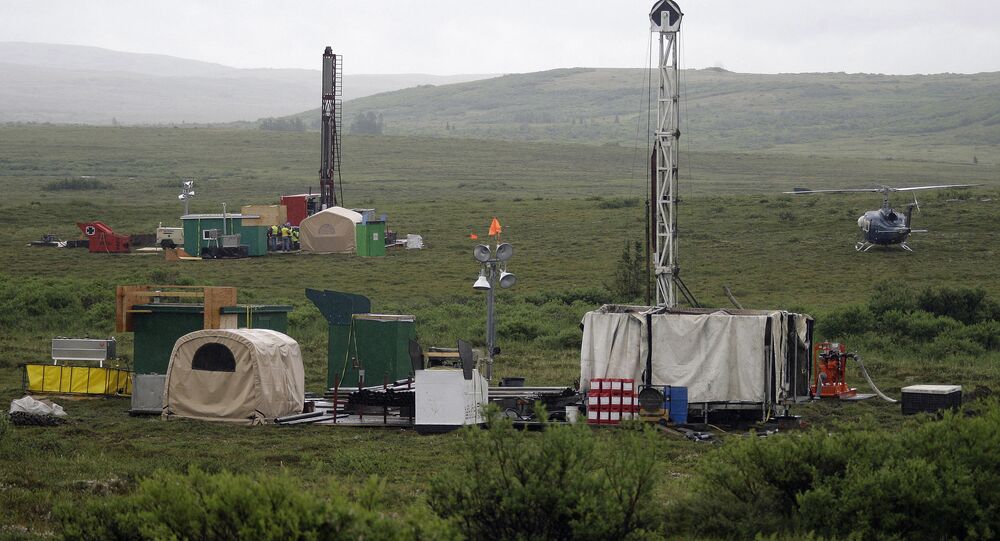 The US Environmental Protection Agency (EPA) and Canada-based mining company Pebble Limited Partnership settled lawsuit that could allow a project blocked by the Obama administration to proceed, according to official statement.

© Sputnik / Liudmila Chernova
Hundreds Rally Against Climate Change in Alaska Ahead of Arctic Council Meeting
WASHINGTON (Sputnik) — The US Environmental Protection Agency (EPA) and Canada-based mining company Pebble Limited Partnership agreed to settle a long-standing lawsuit that could allow a project blocked by the Obama administration to proceed, according to a statement from the firm’s parent company Northern Dynasty Minerals Ltd. on Friday.

Pebble sued the EPA three times following its 2014 decision to block a gold, copper and molybdenum mine in Alaska’s Bristol Bay watershed.

"EPA has agreed the Pebble Project can proceed into normal course permitting under the Clean Water Act and National Environmental Policy Act," the statement said.

Under the agreement reached late Thursday, the firm has 30 months to submit permits for the mine, and the EPA will not make a recommendation on the project until the US Army Corps of Engineers completes an environmental impact assessment.