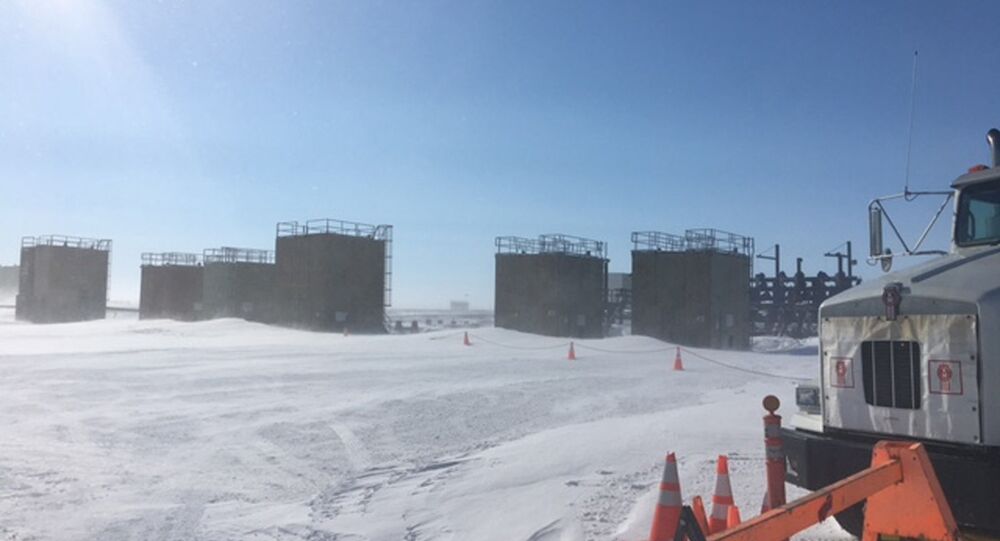 US President Donald Trump's recent executive order on offshore drilling which could open Alaska's northern reserves for extraction would be important for the state to increase its revenue stream, Alaska Governor's adviser on Arctic policy Craig Fleener told Sputnik.

© Sputnik / Yuriy Lushin
Trump’s Order on Offshore Drilling Marks ‘End of Shale Era’ – Russian Minister
FAIRBANKS (Sputnik) — In April, Trump signed an executive order that directs the Department of Interior to conduct a review of the existing five-year program for oil and gas development for the US Outer Continental Shelf (OCS) under which oil and gas drilling is forbidden in both Chukchi and the Beaufort Seas off the northern shores of Alaska.

"It would be important for the state of Alaska to be able to generate revenue from oil and gas," Fleener said commenting on Trump's initiative. "One of the concerns we have in the state now is that our revenue stream is declining, and we are having economic troubles like the rest of world that depends on oil. So, one of our objectives at the state is to put more oil in a pipeline. Any moratorium on developing oil resources makes it difficult."

Fleener, however, added that while offshore drilling would be good for the state, there will be those, including indigenous people, who would oppose and identify negative consequences of that.

The issue of extending offshore drilling has long been controversial in the United States due to numerous environmental concerns. In December 2016, Obama banned offshore oil and gas drilling north of Alaska and along the East Coast of the United States. One month later, Ryan Zinke, who on March 1, 2017 was confirmed as the US interior secretary, said the new administration should revise Obama's regulations on new gas or oil drilling in the Arctic and Atlantic Ocean.

Trump to Sign Executive Order on Offshore Drilling by Friday