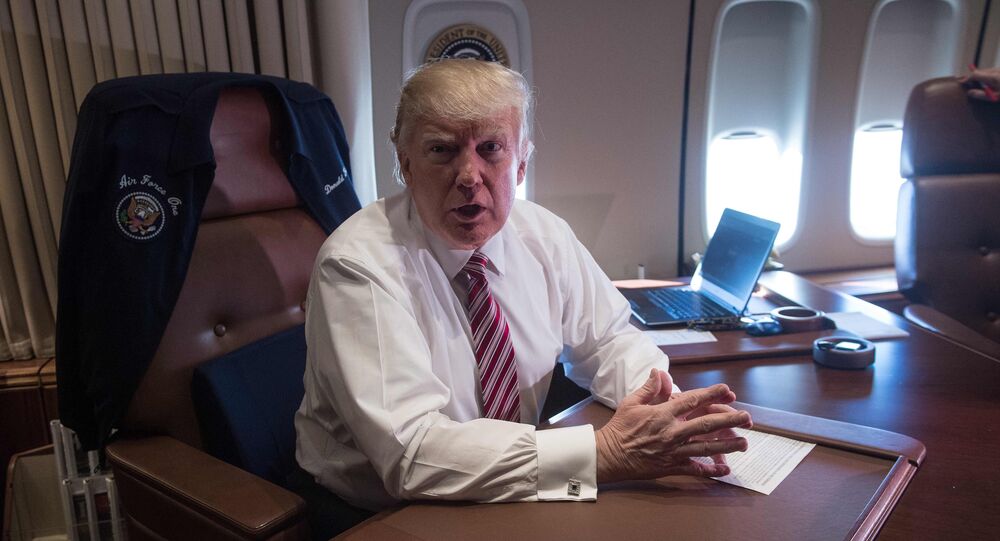 Trump Air Force One Trips to Florida in February, March Cost Over $1.2Mln

Donald Trump's two flights to his Mar-a-Largo estate in Palm Beach, Florida in February and March had cost more than $600,000 each.

© Flickr / gregde
US Pays Almost $1Bln to Maintain Air Force One, Other High Tech Special Aircraft
WASHINGTON (Sputnik) — President Donald Trump's two flights to his Mar-a-Largo estate in Palm Beach, Florida in February and March had cost more than $600,000 each, Judicial Watch stated in a press release on Thursday.

"[The] records from the Department of the Air Force… show President Trump’s flights to Mar-a-Lago for two weekends (in February and March) cost $1,281,420," the release revealed.

The Air Force explained the estimated price of operating the president's pane is $142,380 per hour.

In February, Trump traveled for 4.7 hours, which amounts to $669,186. In March, he flew slightly more than 4 hours, which includes a stop in Orlando, Florida to meet with US Secretary of Education Betsy DeVos to visit a private Catholic school.

Judicial Watch President Tom Fitton announced that his organization was getting ready to address full accounting of Trump's frequent trips to Florida in court.

The advocacy group has been tracking former President Barack Obama's family travels, including non-official travels, during his eight years in office, which resulted in a tabulation of at least $96 million.