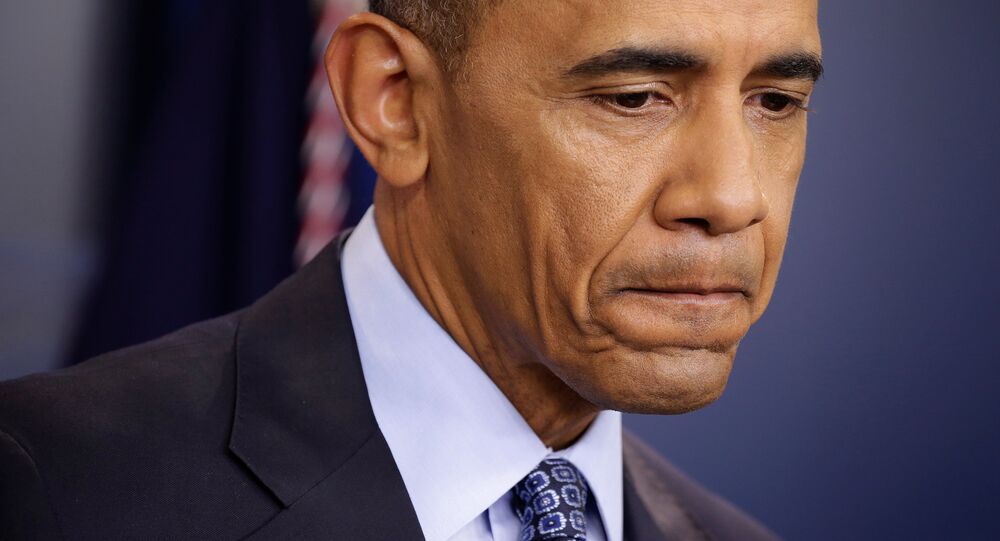 US Senator Bernie Sanders has called former US President Barack Obama's $400,000 speech a bad decision as the inequality in the country has become rampant.

WASHINGTON  (Sputnik) — Former US President Barack Obama’s planned speech at a Wall Street conference, for which he will reportedly be paid $400,000, is a not a good decision, Senator Bernie Sanders said on Friday.

"At a time when we have so much income and wealth inequality, when Wall Street has so much power… I think it just does not look good, it’s not a good idea and I’m sorry that President Obama made that choice," Sanders said in an interview with CNN.

On Monday, Fox Business reported that Obama has agreed to speak at a conference run by investment bank Cantor Fitzgerald LP in September, where his speaking fee will be $400,000.

© REUTERS / Kamil Krzaczynski
Obama Tells Students to Change the World, While Agreeing to $400k Wall Street Speech
Senator Elizabeth Sanders has already expressed concern over Obama’s decision and said she was troubled by it.

In a statement on Wednesday, Obama’s spokesman Eric Schultz defended the former president and said he would remain true to his values, vision and record regardless of the venue or sponsor.

Schultz noted that Obama raised more money from Wall Street in the 2008 election than any candidate in US history.

Obama made his first public speech since leaving office at the University of Chicago on Monday.

Deception and Empty Platitudes: Obama's Farewell Speech to the Nation