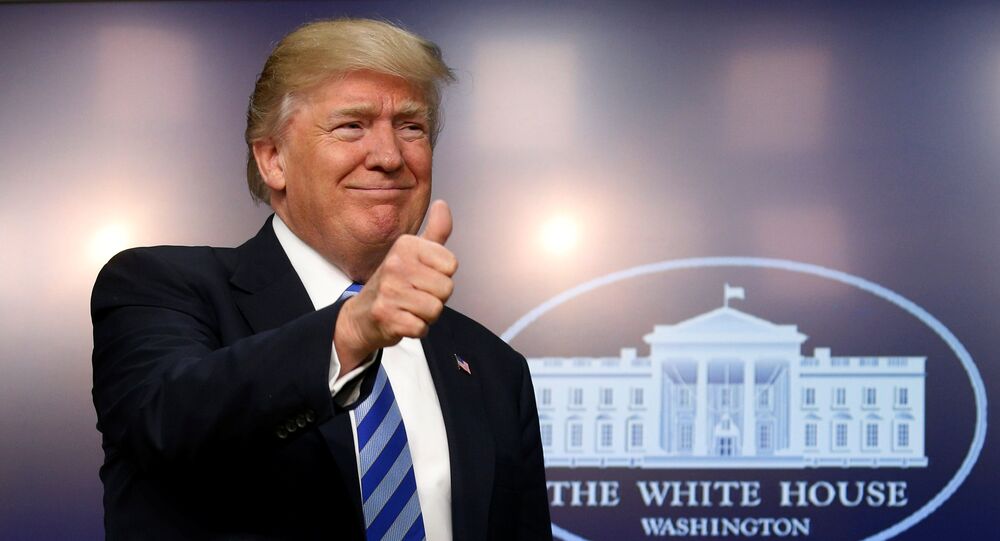 US President Donald Trump and Canadian Prime Minister Justin Trudeau held a friendly conversation on Tuesday regarding the dairy and lumber trade, the White House said in a press release that was issued after a statement from Ottawa characterized the call differently.

Earlier in the day, Trudeau denied US accusations against Ottawa over its alleged harmful softwood lumber trade practices, the prime minister's office said in a press release.

© AFP 2019 / JIM LO SCALZO / EPA POOL
Trump Has 'No Fear' of Trade War With Canada
On Monday, the Commerce Department announced it has determined a need to impose the new tariff averaging 20 percent on Canadian softwood lumber imports. The Trump administration pointed out that the imports were unfairly subsidized.

The Canadian government said on Tuesday that Trump's plan to impose new tariffs on Canadian softwood lumber is an unjust and harsh measure.