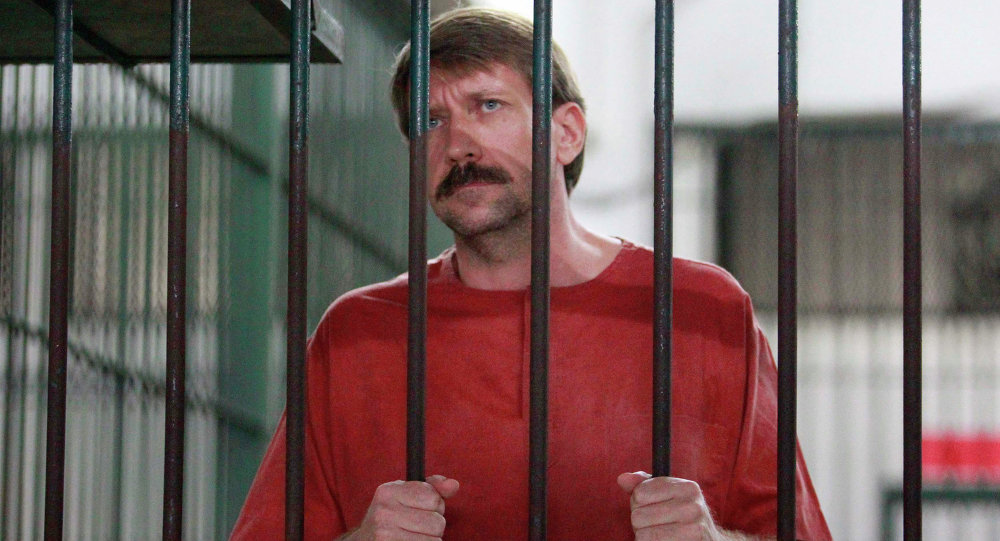 Jailed Russian businessman Viktor Bout rules out sending a petition to Donald Trump because he said he had committed no crime to plead pardon for.

BANGKOK (Sputnik) — Russian businessman Viktor Bout, who is serving a 25-year term in a US prison on charges of plotting to kill US citizens and financially support terrorism, said Monday he is not going to file a pardon petition in the name of US President Donald Trump.

"No, no way. Pardon for a crime I did not commit? Any appeal for pardon means admission of guilt and rejection of all defense mechanisms," Bout told Sputnik by phone, adding that he does not rule out a new motion to review his case.

When asked to comment on the recent statement of his attorney Alexey Tarasov, who said that the legal proceedings of Bout’s case within the US judicial system have been exhausted after the US Supreme Court decided not to review the case of Bout, the businessman said that in the future, if new facts regarding the case were uncovered, he does not rule out calling for a review of the case once again.

"If new facts are found and confirmed, it is always possible to request reviewing the case because of the newly uncovered circumstances. Of course, it depends on the lawyers and the facts that they could find. And let me say, there could be a lot of such facts, the issue is how to look for them and where to get funding," Bout said.

Bout was arrested in Bangkok in 2008 in a joint operation between Thai and US authorities, who accused him of conspiring to kill US citizens by allegedly agreeing to supply Colombian militants with weapons. Moscow has said that the case has been politicized and has repeatedly called on Washington to release the Russian citizen.

Snowden Comments on Rumors About Exchanging Him for Russian National Bout