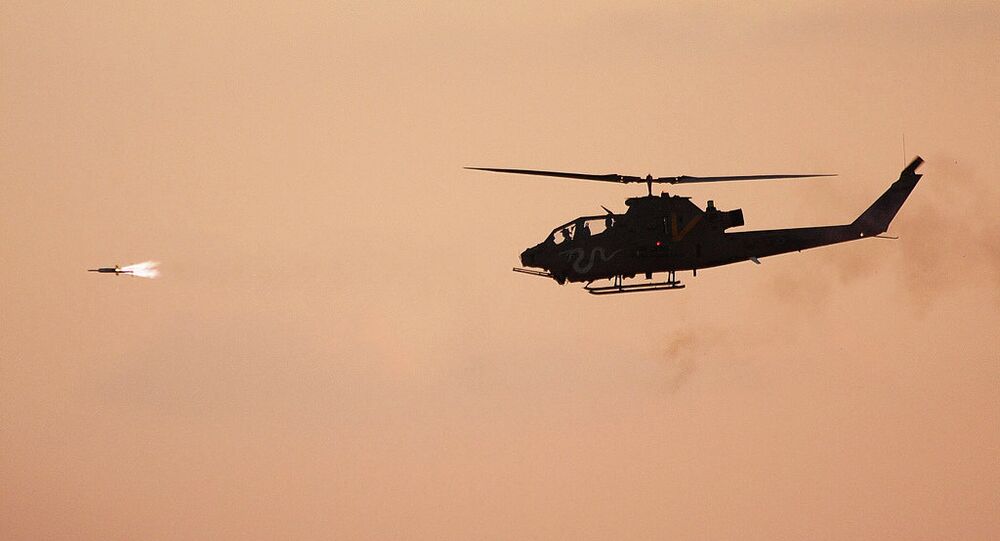 The US Marine Corps and Army have developed and fielded innovative precision guided weapons and drones based on the need to strike urban targets with limited collateral damage, defense officials said at a conference in Washington, DC on Wednesday.

© AP Photo / Alik Keplicz
Poland to Receive US Precision-Guided Cruise Missiles for F-16 Warplanes
The BAE Systems manufactured APKWS is a low cost, accurate device developed to penetrate building and structures in urban environments like Mosul, Iraq. It has been used in combat having been launched from the Marines AH-1 Viper attack helicopter and the vertical, take-off and landing Harrier strike aircraft.

APKWS was first used by the Viper on January 16 and subsequently by the Harriers in April 2016, Schiller said. The US Air Force and Army are equipping their aircraft with the system.

The US Army had a need for an inexpensive, lightweight over-the-horizon reconnaissance drone. It contracted with AeroVironment for the Switchblade.

"The Switchblade is designed for use at the company level of a Brigade Combat Team," Headquarters US Army, Deputy Chief of Staff Office Kenneth Britt said. "A single Switchblade launched from a canister has been used in the field and now we are seeking a six-pack of Switchblades that can launch six of them."

The Switchblade is a back-pack transported miniature flying intelligence, surveillance and reconnaissance drone for package beyond line-of-sight target acquisition.

Schiller and Britt made their remarks at the Precision Strike Association conference in Washington, DC.