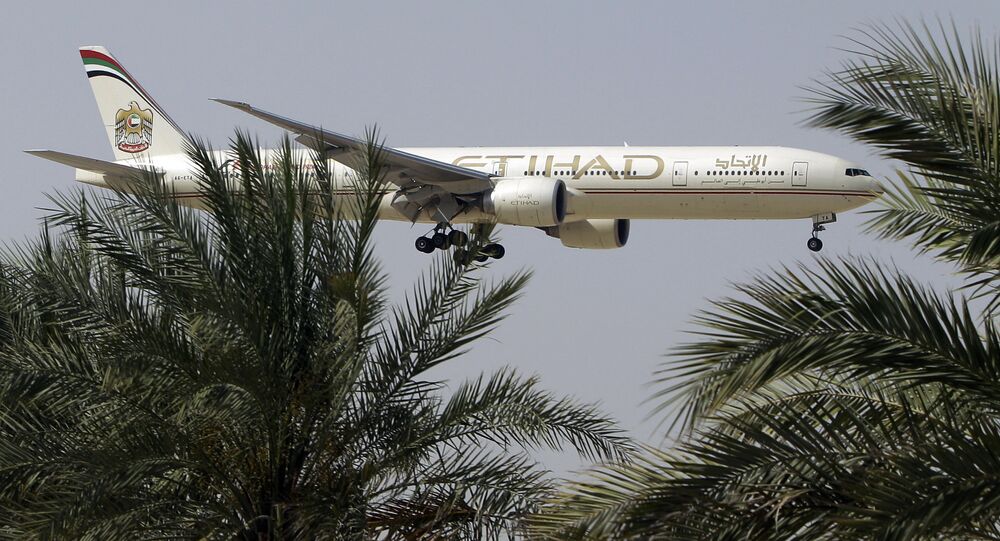 Information suggesting possible attacks by al-Qaeda in the Arabian Peninsula (AQAP) terrorist group, outlawed in Russia, on passenger aircraft could be the reason behind a temporary ban on electronic devices on board US-bound flights from a number of Middle Eastern and African countries, media reported Tuesday, citing US officials.

MOSCOW (Sputnik) — According to the CNN broadcaster, US intelligence has been tracking this threat for some time, as the AQAP has been trying to create explosives containing small amounts of metal to target commercial planes.

While concerns about potential attacks with the use of electronics surfaced several months ago, authorities have not collected enough information to take concrete preventative measures, according to the broadcaster.

Later in the day, the US Department of Homeland Security confirmed that the ban on larger electronic devices in the cabins of US-bound flights from 10 international airports has been prompted by an ongoing terror threat.

"Evaluated intelligence indicates that terrorist groups continue to target commercial aviation, to include smuggling explosive devices in various consumer items," the department said in a statement.

© AFP 2021 / NICHOLAS KAMM
Ex-CIA Chief Warns of Increased Terror Threat in US Amid Trump's Travel Ban
Etihad Airways, Turkish Airlines, Saudi Arabian Airlines are among the carriers which have said they have received directives from the United States regarding the ban on different kinds of electronics, including laptops and tablets, inside the aircraft cabin.

Saudi Arabian Airlines, in particular, is said to have informed its customers that the restriction would take effect on Wednesday.

The ban will not affect US carriers, as they have no direct flights from the countries on the list to the United States, according to the broadcaster.

Earlier in the day, reports emerged that US officials would bar passengers on flights from Egypt, Jordan, Kuwait, Morocco, Qatar, Saudi Arabia, Turkey and the United Arab Emirates from taking electronic devices larger than a cellphone on board.

US Government Bans Large Electronics on Flights Originating in 13 Countries

Texas Man Gets 11 Years for Illegally Exporting Electronics to Russia