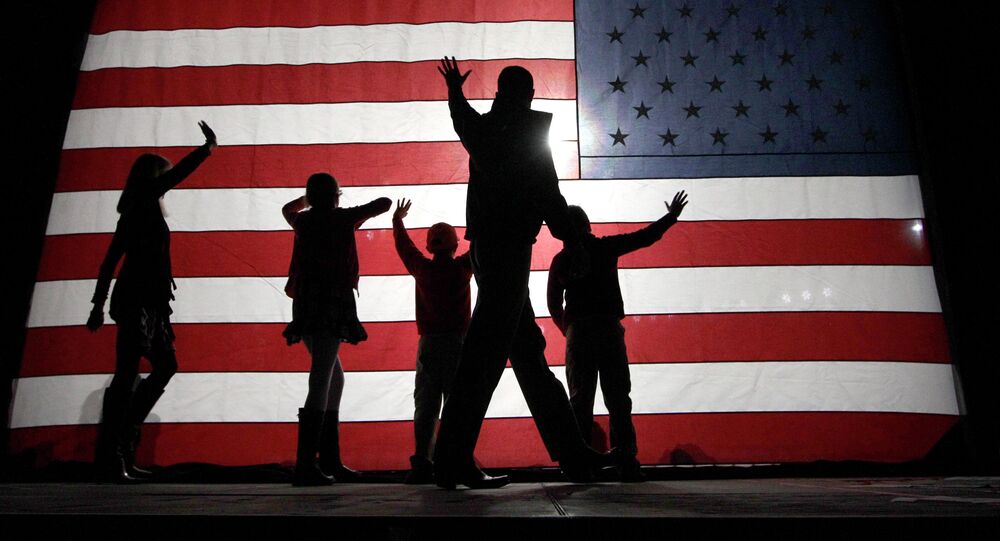 Six US senators wrote a letter to Secretary of State Rex Tillerson this week calling for an investigation into the Obama administration’s funding for so-called progressive causes and radical groups undermining traditional values and legitimate governments in other countries, analysts told Sputnik.

© REUTERS / Kevin Lamarque
US Senators Challenge Trump to Probe Obama’s Regime-Change Plots - Ex-Diplomat
WASHINGTON (Sputnik) — Historian and international affairs commentator Matthew Dal Santo told Sputnik that the issue brought up in the letter from the senators is of a "real concern," as money of US taxpayers is being used to further a "progressive agenda just about wherever there is a US embassy around the world."

On Tuesday, a group of US Senators led by Mike Lee from the state of Utah called on Tillerson to investigate US embassies funding political factions within other sovereign nations, including through a George Soros-backed organizations funded by the US Agency for International Development (USAID).

"The recent case of Macedonia springs to mind, where USAID last year used $300,000 to promote an 'LGBTI [Lesbian-Gas-Bisexual-Transgender-Intersex] ‘Inclusion Project' that would inevitably run counter to the teachings of the local Orthodox Church, the biggest religious group in the country," Dal Santo said on Thursday.

The senators’ letter specifically mentioned Macedonia, where credible organizations have noted US and EU direct interference in the country’s political process by aiding leftist and radical groups to foment unrest, as well as interfere in elections, courts and the media.

"Perhaps those countries should be allowed to go through a process of public discussion and decide for themselves what is right for them — just as the US has done on this issue — without the government of the United States deciding that it already knows what's best for them?" Dal Santo suggested.

© Sputnik / Andrei Stenin
'US Interference in Foreign Countries' Elections? That’s US Policy'
Under Obama, the US government intervened in Macedonia and other countries through USAID funds given to Soros’ foundations and other nominally non-governmental entities. The US embassy, either via the Soros network or otherwise, used taxpayer funds to pressure officials, meddle in elections and courts, impose media censorship and otherwise undermine the country’s government, according to published reports.

The Macedonians have been particularly incensed that the Soros network has promoted the so-called "Tirana platform," calling for a bilingual, federalized Macedonia split into an Albanian and Macedonian part, which could lead to a subsequent partition of the country. More than 150,000 Macedonian have demonstrated in the past two weeks daily in Skopje and 30 other towns in opposition to the Tirana platform.

"The argument isn't about whether such a cause is or isn't right or worthy. It's about the US seeking to export Western beliefs and values to societies with different, more traditional values," Dal Santo explained.

"The problem now is you have got competing interests in the US government — conservative and liberal. Therefore you have the danger that successive or alternative factions in government will promote conflicting and contradictory policies. If that happens, you are going to have a lot of problems," he said.

© REUTERS / Joshua Roberts
Call to Probe US Meddling in Foreign Elections May Start 'Political Witch Hunt'
The United States needs to have a consistent foreign policy with a consistent message, Winnie explained.

"That is the problem: We haven’t had a consistent message," he said.

There was a strong feeling in many countries around the world that elites were controlling the agenda against the interests of ordinary people, Winnie noted.