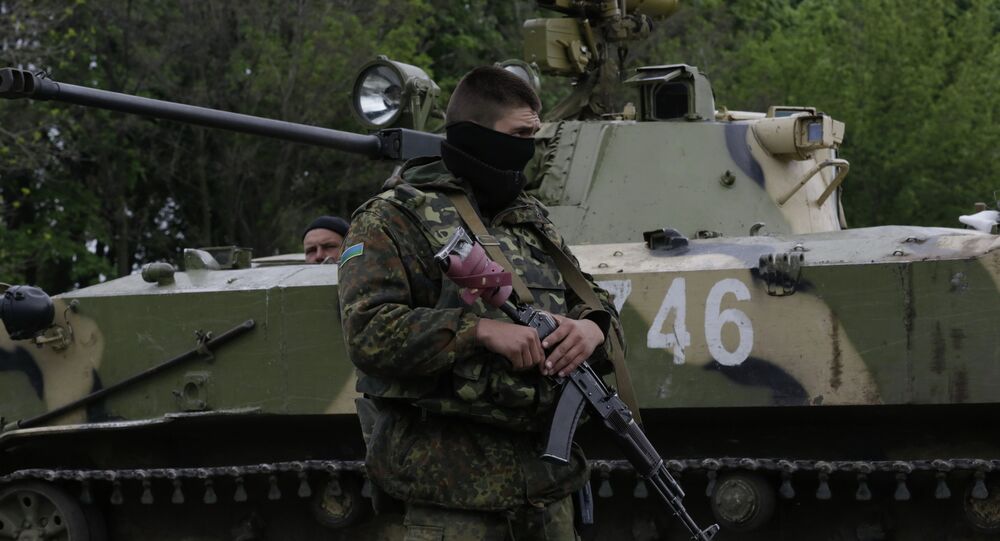 US National Guard unit from the state of Oklahoma is training Ukrainian troops involved in the fighting in the eastern part of the country, Senator Jim Inhofe said in a press release.

WASHINGTON (Sputnik) — Inhofe stated on Friday that the US mission builds the "trust and confidence" between Washington and Kiev.

“The combat experience and expertise of the 45th [Infantry Brigade Combat Team] makes them the perfect unit to perform this critical mission of advising and training Ukrainian Army units who rotate in and out of the intense fighting in Eastern Ukraine,” he said.

Earlier on Friday, President Donald Trump said during a press conference that the United States would like to find a peaceful solution to the conflict in the Ukraine.

© Sputnik / Suhodolskiy
Croatian President Worried About Condition of MiG-21 Jets Bought From Ukraine
The fights in eastern Ukraine erupted in April 2014 as a local counter-reaction to the West-sponsored Maidan coup in Kiev that had toppled legitimate President Viktor Yanukovych in February. Residents of the Donetsk and Lugansk regions held independence referendums and proclaimed the People's Republics of Donetsk and Lugansk. Kiev has since been conducting a military operation, encountering stiff local resistance.

In 2015, the sides to the conflict in eastern Ukraine reached a ceasefire agreement in Minsk following negotiations brokered by the leaders of Russia, Ukraine, France and Germany. However, the agreements have repeatedly been violated, with the conflict escalating near the southeastern Ukrainian towns of Avdiivka and neighboring Yasynuvata in late January of 2016.