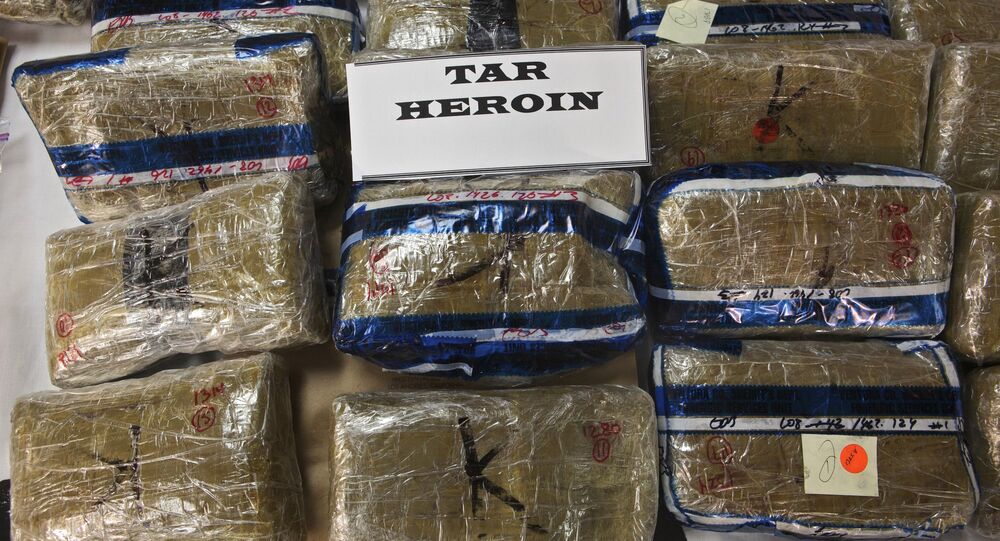 Mexico is the predominant source of heroin that is trafficked into the United States, with some of the drug originating in Asia, New York City Police Commissioner James O'Neill stated in a press conference on Monday.

NEW YORK (Sputnik) — O’Neill also noted that besides Mexico, some of the heroin smuggled into the United States is coming from Asia.

"Most of the heroin is coming from Mexico," O'Neill said during the launching of a new city-wide initiative to combat the opioid epidemic.

The commissioner explained heroin is smuggled in different ways — by boat, over the border, through tractor trailers and in airplanes.

"There are many different ways to bring it here," O’Neill stated.

© Flickr / Mr. Theklan
Nine Die of Heroin Overdose Over Weekend in Philadelphia
O’Neill explained New York City Police will expand workforce dedicated to battling the epidemic of opioid use and will begin investigating each case of overdose.

As a part of a new initiative "HealingNYC," the city authorities will invest $38 million annually to reduce deaths from opioid overdose by 35 percent over the next five years, New York Mayor Bill de Blasio stated during the conference.

According to national public health institute Centers for Disease Control and Prevention, 91 Americans die from opioid overdoses every day, and the number of deaths has nearly quadrupled since 1999.

In 2015, the last year for which full data is available, the number of opioid overdose deaths in New York State was fifth highest in the United States.