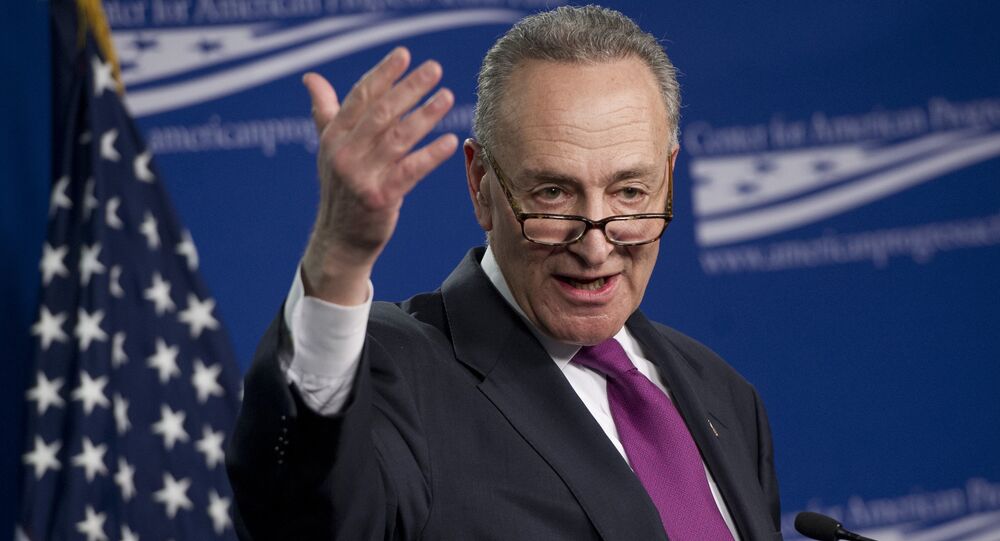 US Senate Minority Leader Chuck Schumer and four other Senate Democrats sent a letter to Majority Leader Mitch McConnell on Monday, asking Republicans not to include funding for a wall on the border with Mexico in the spending bill ahead of an upcoming government funding deadline.

© AFP 2021 / Sandy Huffaker
US-Mexico Border Control: 'Migration Has Never Been Stopped Because of a Wall'
WASHINGTON (Sputnik) — President Donald Trump is expected to submit his budget proposal to Congress on Thursday.

"We are also concerned with reports that there may be an effort to include funding for a very expensive new wall along the southern border with Mexico and a 'deportation force’," the letter stated.

The Democratic senators said they believe it would be "inappropriate to insist on the inclusion of such funding in a must-pass appropriations bill" that is needed for the Republican majority in Congress to avert a government shutdown so early in Trump’s administration.

According to media reports earlier this week, the Trump administration proposed cuts to multiple federal agencies, including the US Coast Guard and Transportation Security Administration, to fund the construction of the wall along the US-Mexico border.

Trump has swiftly acted on his signature campaign promise to build the wall and signed an executive order initiating its construction during his first week in the White House.