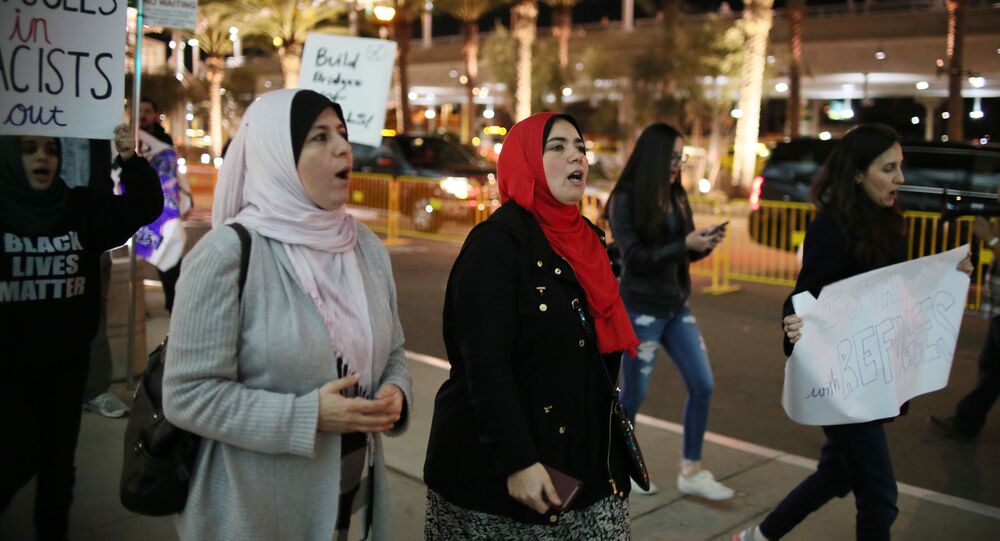 The state of California is joining several other US states in a lawsuit against President Donald Trump's latest immigration executive order, California Attorney General Xavier Becerra said in a press release on Monday.

WASHINGTON (Sputnik) — Becerra noted that while Trump changed some of the language in his revised executive order, signed on March 6, the unconstitutional intent and effect did not change.

"I am proud to join with my fellow attorneys general in protecting our people from this latest unfounded and unconstitutional overreach," he stated in the release.

California joins the states of Hawaii, Washington, Oregon, Minnesota and New York in the lawsuit against Trump’s order.

The new executive order, which takes effect on March 16, blocks individuals from six countries from entering the United States for 90 days, and suspends refugees from entering for 120 days.