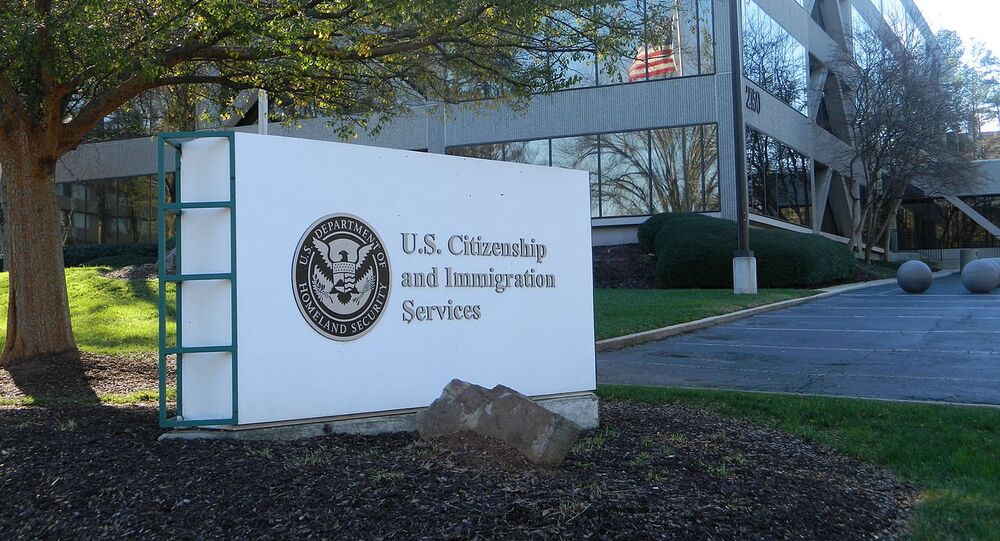 The US Citizenship and Immigration Services (USCIS) will temporarily halt expedited processing for H-1B visas, non-immigrant visas for skilled workers, very popular with technology companies, starting from April 3 and possibly until October.

MOSCOW (Sputnik) — The USCIS explained its decision by the necessity to work through the backlog of long-pending petitions.

"Starting April 3, 2017, USCIS will temporarily suspend premium processing for all H-1B petitions. This suspension may last up to 6 months," the agency said Friday.

© AFP 2020 / PAUL J. RICHARDS
Top US Foreign Policy Advisers Urge Trump to Lift Ban on Immigration From Iraq - Reports
​Several exception will be allowed, such as "emergency situation" or "Department of Defense or ​n​ational ​i​nterest ​s​ituation."

The suspension of the expedited processing is not likely to be welcomed by technology companies who often use this procedure to bring in foreign talent.

In February, several tech giants, including Apple, Google, Facebook and Microsoft filed the amicus brief supporting the State of Washington in its lawsuit against US government's temporary entry ban for several countries.

On February 3, a federal judge in Seattle temporarily froze the enforcement of the ban. The government filed a lawsuit, demanding to reverse the halt of the ban but was denied its request and is currently mulling a revised version of the executive order.

On January 27, US President Donald Trump signed an executive order barring citizens from Iran, Iraq, Libya, Somalia, Sudan, Syria and Yemen from entering the US for 90 days. The order also prohibited refugees from entering the United States for 120 days and barred Syrian refugees for an undetermined period of time.