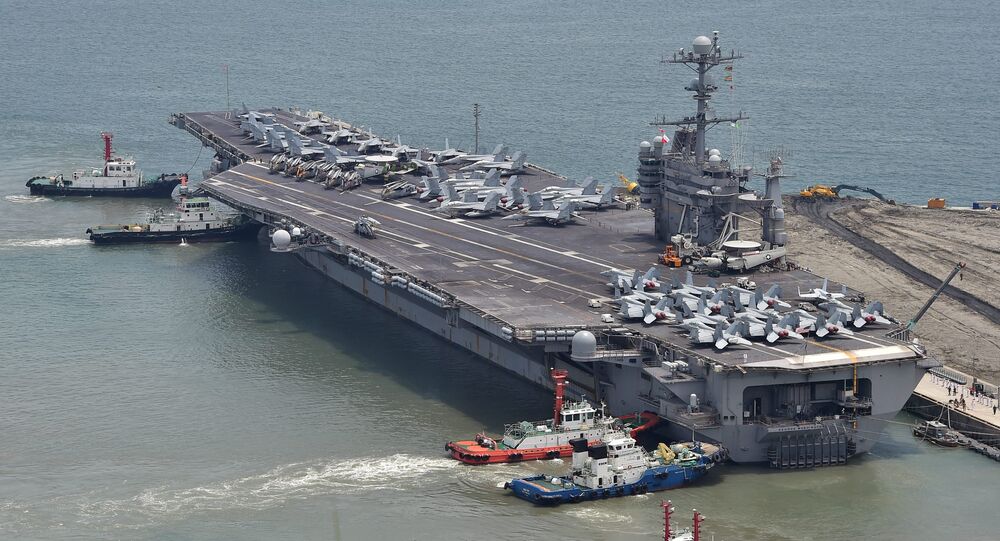 The US Navy has allocated additional $8.9 million for the advance planning of the refueling complex overhaul (RCOH) of USS George Washington (CVN 73).

© Flickr / U.S. Pacific Fleet
World of Warships, 2030: Which Countries Will Have the Most Powerful Navies
WASHINGTON (Sputnik) — The Huntington Ingalls Company has received an additional $8.9 million contract for work on the nuclear refueling complex overhaul of the aircraft carrier George Washington, the US Department of Defense announced.

"Huntington Ingalls, Newport News, Virginia, is being awarded an $8.9 million modification to a previously-awarded contract for the advance planning of the refueling complex overhaul (RCOH) of USS George Washington (CVN 73)," the announcement stated on Friday.

Work on the carrier is being performed in Newport News, Virginia, and is expected to be completed by August 2017, the announcement added.

To Rule the Waves: US Eyes Large-Scale Navy Revamp Plan