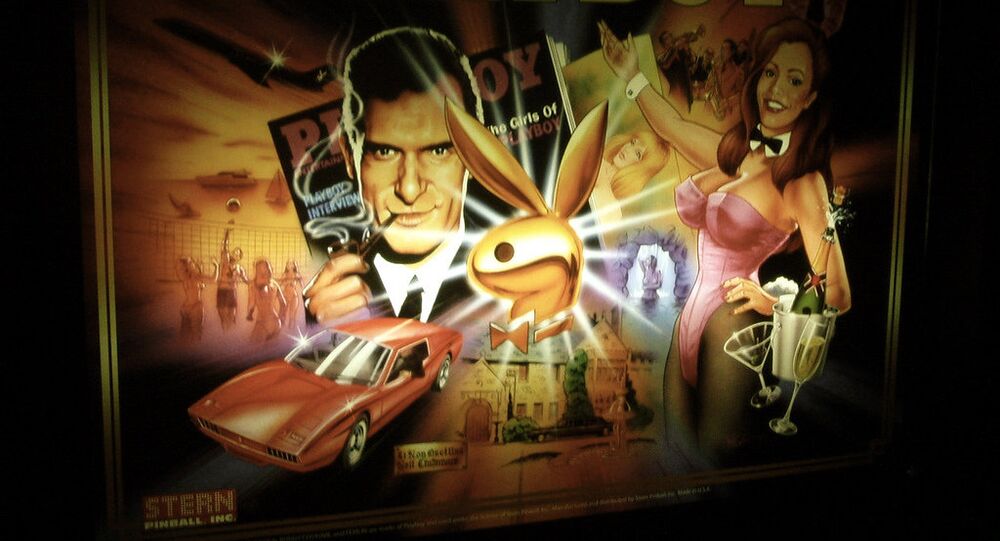 ‘Naked is Normal’: Playboy Bringing Nudity Back in March Issue

Playboy, who ended nudity on their pages last year, is declaring that “naked is normal,” and will be bringing nude models back in their March-April issue.

The company has also launched the hashtag #NakedIsNormal in posts showing off their upcoming cover which features 25-year-old model Elizabeth Elam, topless, barely covered by the same phrase.

The issue also advertises articles on the “Free the Nipple,” movement to decriminalize women being topless in public, an interview with CNN contributor Van Jones, and ‘Cannabis: A User’s Guide.’

“Not only am I excited and honored to be on the cover of an iconic magazine that has historically encouraged the dialogue of important social issues while standing on the right side of history; I'm so excited to be on the cover of this specific issue! If you know me you know I have always been team #freethenipple,” Elam wrote in an Instagram post about the issue. “Women's bodies have always been a topic of conversation. We can be over sexualized and we can be made to feel ashamed of our bodies. I've never subscribed to those narratives and this issue of Playboy celebrates that. Naked really is normal.”

Rachel.Adams
Free the Nipple: Topless Bernie Sanders Protesters Sue Over Rally Arrests
Last year’s January-February issue, featuring 49-year-old Pamela Anderson, was said to be the final issue to contain nudity due to changes made by Playboy Enterprises CEO Scott Flanders — who then left the company in May to run eHealth insurance.

Not everyone agreed with his decision it seems, and on Monday, Monday, Playboy's Chief Creative Officer, Hugh Hefner’s son Cooper Hefner, announced that removing the nudes was a mistake.

"I'll be the first to admit that the way in which the magazine portrayed nudity was dated, but removing it entirely was a mistake," Cooper explained. "Nudity was never the problem because nudity isn't a problem. Today we're taking our identity back and reclaiming who we are."

There’s Articles? Playboy Does Away With Nudity