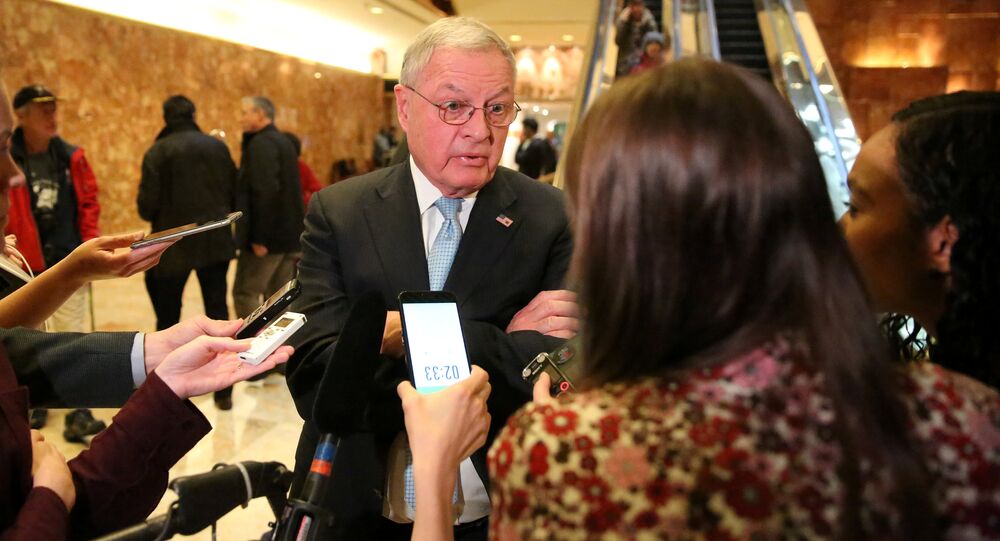 Retired Lt. Gen. Joseph Keith Kellogg Jr. has been named acting US national security adviser following the resignation of his predecessor Michael Flynn late on Monday amid reports about a phone call with the Russian ambassador to Washington.

MOSCOW (Sputnik) — Keith Kellogg was born in 1944 in Dayton, Ohio, the United States.

In 1966, Kellogg graduated from Santa Clara University as Bachelor of Arts in political science.

During the Vietnam War of 1964-1975, he served in the 101st Airborne Division and was awarded with Silver Star and Bronze Star medals.

In 1996, Kellogg took command of the 82nd Airborne Division.

In 2003, he retired as lieutenant general.

In 2003 — 2004, after invasion of Iraq, he held a leading position in the Coalition Provisional Authority.

Since 2005, Kellogg has served as an Executive Vice President of Research and Technology Systems of CACI International Inc.

In March 2016, US President Donald Trump said Kellogg would be among the foreign policy advisers in his administration, if he won the election.

In December 2016, Trump said that Kellogg would be appointed as chief of staff and executive secretary of the United States National Security Council.

On February 14, 2017, Kellogg was appointed as acting US national security adviser.

Kellogg is married, his wife, has served as US officer, who participated in the 1983 US invasion in Grenada.