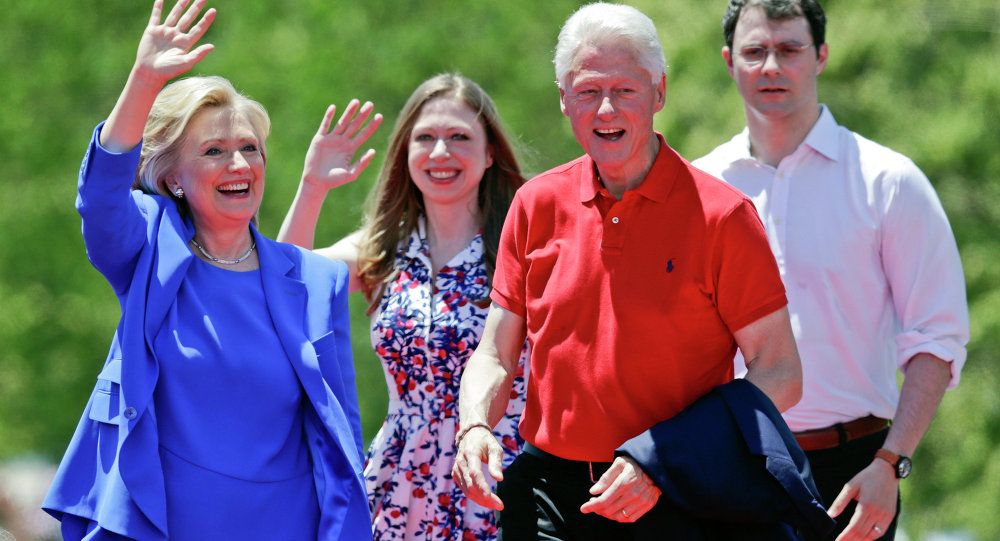 New York-based Eaglevale Partners was reportedly closed in December 2016, just one month after the Democratic presidential nominee lost to Republican Donald Trump. Currently the firm is in the process of returning cash to investors, according to Bloomberg.

Mezvinsky's efforts to gain a foothold in the hedge fund market proved unsuccessful. In May 2016, Mezvinsky, the husband of Chelsea Clinton, announced the shutting down of Eaglevale Hellenic Opportunity, which was betting on a possible Greek revival following its financial crisis.

The Greek-focused fund had raised $25 million from investors to buy Greek bank stocks and government debt but then lost nearly 90 percent of its value in two years as the situation in Greece did not improve and the  profits did not materialize.

© REUTERS / Carlos Barria
Hillary Clinton Email Probe Ongoing - US House Oversight Chairman
Mezvinsky reportedly addressed a letter to investors that year acknowledging that he and his partners were 'incorrect' to gamble on the Greek economy. The fund's investors included wealthy Clinton-family supporters, some of whom contributed campaign money to either Bill or Hillary.

After graduating from California's Stanford University, Mezvinsky worked at Goldman Sachs for several years, before leaving to join a private equity firm. Mezvinsky left that job and, in 2011, launched the Eaglevale Partners, together with former Goldman Sachs traders Bennett Grau and Mark Mallon.

Goldman CEO Lloyd Blankfein was one of the firm's first investors.