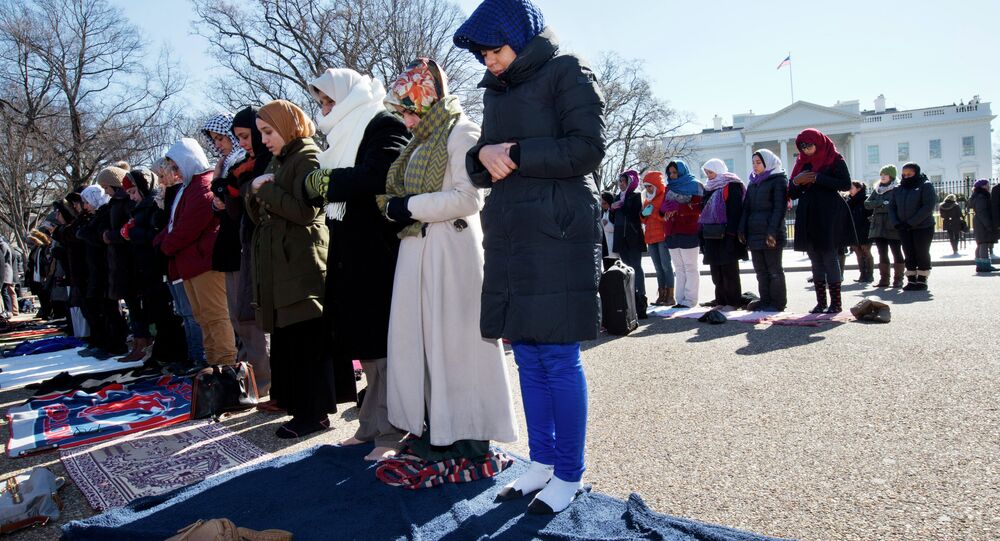 WASHINGTON (Sputnik) — On January 27, Trump signed an executive order that suspends entry to the United States for citizens of Iran, Iraq, Libya, Somalia, Sudan, Syria and Yemen for 90 days; bans all refugees from entry for 120 days; and bars all Syrian refugees from entering the country indefinitely.

"The program is designed to delay and deny citizenship and permanent residency to Muslim immigrants and immigrants from Muslim majority countries, despite their eligibility under the law," the release stated.

The ACLU and other rights groups have filed a class-action lawsuit challenging the provisions of Trump's executive order to suspend issuing visas and other immigration statuses to nationals from the seven countries, the release stated.

© REUTERS / Kevin Lamarque
United Against Racism Calls to Protest Trump Travel Ban at US Embassy in Dublin
The ACLU explained that immigration lawyers learned from leaked documents that the executive order was being applied to immigrants lawfully residing in the United States who have pending applications for asylum, lawful permanent residence and other residing benefits, the release stated.

The complaint states the US government’s vetting of people applying for citizenship and permanent residency under Trump’s executive order, and also under an existing program known as the Controlled Application Review and Resolution Program, violates US federal laws and due process protections, the release noted.

'Most of the Reactions Are in Bad Faith': Le Pen Defends Trump’s Travel Ban