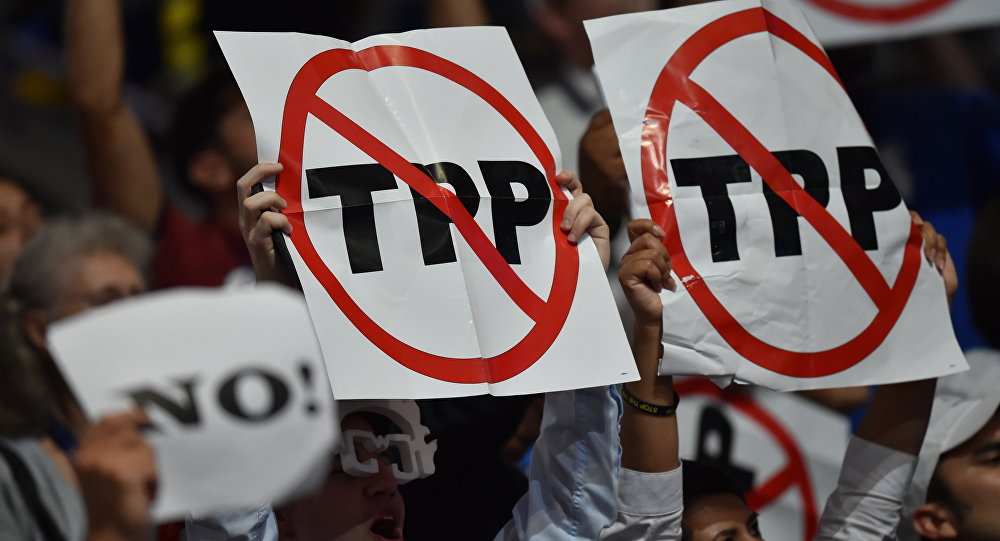 When asked on Tuesday if exiting TPP might be harmful, Shelby said not at the end of the day, "because we [the United States] are still the preeminent economic power in the world."

Withdrawal from the TPP could be a "double-edged sword", Shelby added, but Trump’s muscular "America First" rhetoric will not result in a US retreat into isolationism because trade is "the lifeblood of the country."

Shelby cautioned, however, that successful negotiations in the future require acknowledging the failures of past trade agreements.

"I think most people recognize, both Republicans and Democrats, that we’ve entered into some bad trade deals and it’s a one-way street sometimes when it shouldn’t be," Shelby pointed out.

Shelby suggested that previous administrations had failed to account for other countries acting in their own self-interest when negotiating past deals, such as the North American Free Trade Agreement, which President Trump has pledged to withdraw from if Mexico and Canada will not allow the deal to be renegotiated.

© Fotolia / Yuge17
Trump Team Confident US Can Replace TPP With Bilateral Trade Deals
Shelby expressed optimism that the new President will be able to keep his campaign promises and that bilateral negotiations will ultimately be successful.

"I think that if [Trump] negotiates country-to-country and gets some good deals, and if it’s good for America, we’ll have to see what happens," Shelby concluded.

Trump has promised that the negotiating skills he honed as a real estate developer and businessman will be put towards aggressively negotiating TPP replacement agreements that will result in the US "winning again" with a revitalized manufacturing sector.

Impact of TPP's Demise on China, Japan and Regional Security