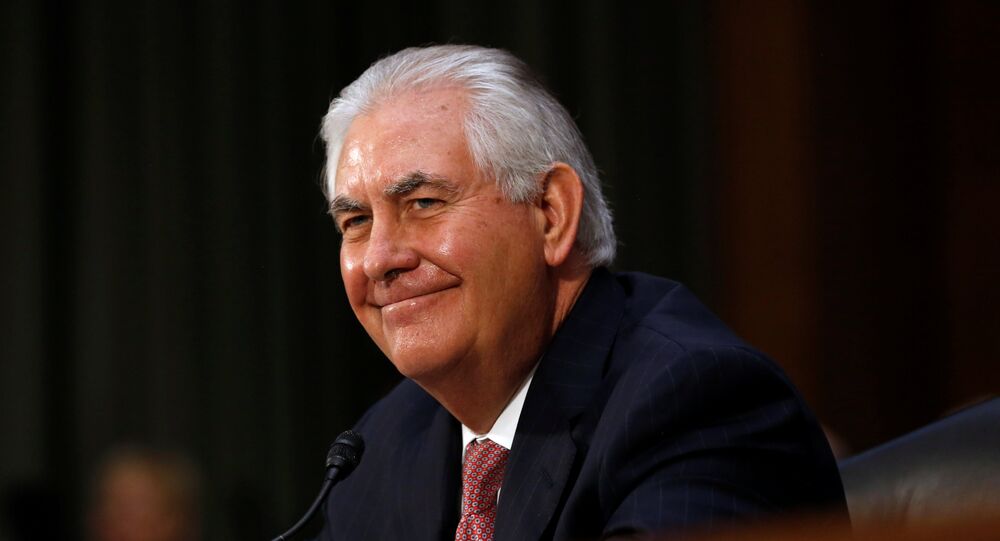 The US Senate Foreign Relations Committee approved Rex Tillerson to be confirmed by the full Senate as the next secretary of state.

WASHINGTON (Sputnik) — The US Senate Foreign Relations Committee approved former Exxon Mobil Chairman and CEO Rex Tillerson to be confirmed by the full Senate as the next secretary of state by a vote of 11 to 10.

The vote on Monday divided on clear party lines with Republicans on the committee supporting Tillerson and Democrats voting against him.

“I have decided to vote yes on this nomination,” Republican Senator Rob Portman from Ohio said. “I do believe Mr. Tillerson’s extensive business relations around the world can be a good thing for our country.”

Democratic Senator Ben Cardin expressed concern over what he felt was Tillerson’s inadequate commitment to championing human rights and related values around the world.

Kerry Willing to Meet With Tillerson But Schedules 'Not Aligned' - State Dept.

Shannon to Act as Top US Diplomat Until Tillerson Confirmed - State Dept.