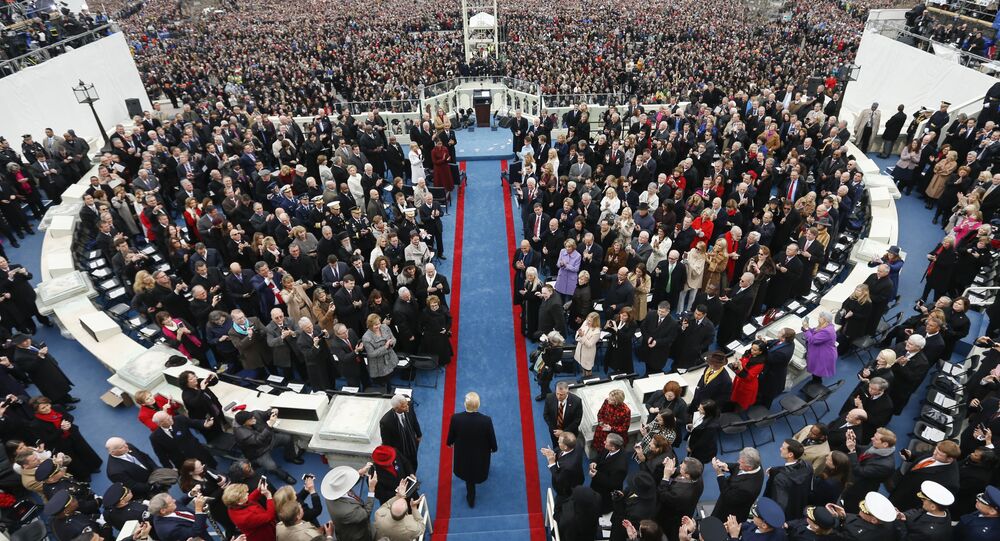 Crowd sizes at President Donald Trump’s inauguration at the National Mall in Washington, DC were noticeably smaller than they were for Barack Obama's in 2013 and 2009, but there are conflicting reports on the actual figures, media reported.

WASHINGTON (Sputnik) — Former director of crowd logistics at the 2012 inauguration, Dan Gross, based on comparing aerial images, estimated that approximately 250,000 people attended the inauguration of the 45th President of the United States, the Financial Times said on Friday.

In 2013, estimates suggested one million people attended Obama's inauguration. Nearly 1,8 million people gathered at the National Mall, when Obama took the oath in 2009, Gross said in a Twitter post.

​Vox reported that federal and local agencies estimated that up to 900,000 people might attend Trump’s inauguration, but it will be weeks before the final count is known.

© AP Photo / Mark Tenally
Trump Celebrates Inauguration at 'Liberty and Freedom' Ball
A spokesman for the US National Parks Service said the agency no longer provides estimates for permitted events “due to the difficulty in accurately assessing crowd estimates for large events,” according to Newsweek.

According to Washington Metropolitan Area (WMATA), metro ridership has declined this year. At 11 am on Friday, a total number of 193,000 had been taken on the metro system, comparing to 317,000 rides in 2013 at the same hour.

Lithuanian President Hopes for Bilateral Cooperation With US Under Trump

Bolivian President Hopes to Restore Bilateral Relations With US Under Trump