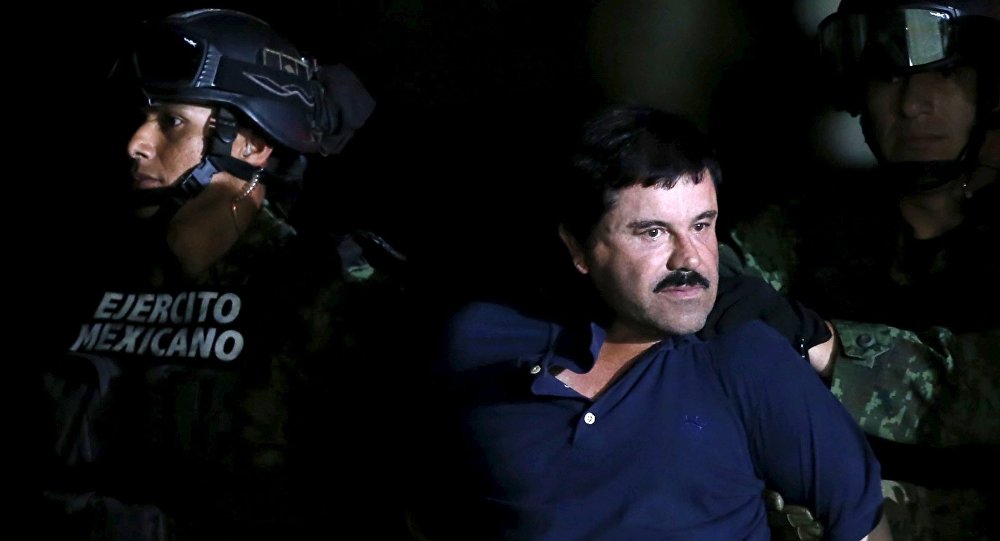 WASHINGTON (Sputnik) — Joaquin ‘El Chapo’ Guzman Loera is facing a sentence of life in prison for operating a criminal organization dealing with narcotics and being involved in other drug-related crimes, the US Department of Justice announced in a press release on Friday.

"Acting Attorney General Sally Q. Yates today announced that… ‘El Chapo,’ will face charges filed in Brooklyn, New York, following his extradition to the United States from Mexico, alleging that he was operating a continuing criminal enterprise and other drug-related crimes," the release said.

On January 19, El Chapo was taken to the airport in Ciudad Juarez in the Mexican state of Chihuahua to New York.

Guzman escaped from the Altiplano maximum security prison on July 11, 2015, using an underground tunnel. Mexican authorities searched for El Chapo for months before finally capturing him in January 2016 and sending him back to Altiplano. 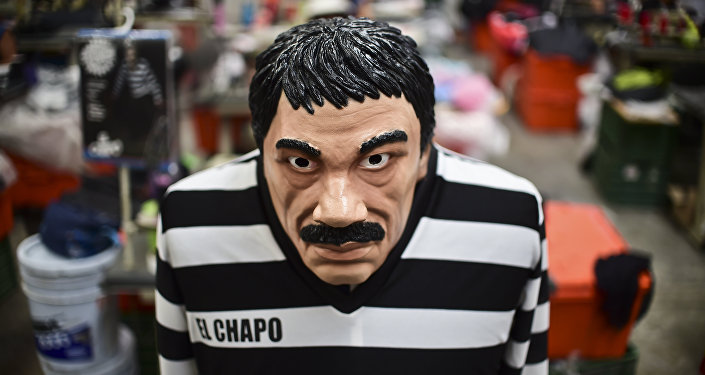 © AFP 2019 / RONALDO SCHEMIDT
A Knack for Business: Mexico Launches Drug Tours After El Chapo’s Arrest
In May 2016, Mexico said it would extradite Guzman to the United States. According to the country’s Ministry of Foreign Affairs (SRE), El Chapo will be prosecuted in two different US district courts in Texas and California on charges of organized crime, possession of weapons, money laundering as well as a number of drug offenses.

Guzman’s Sinaloa drug cartel, named after his home state, smuggles cocaine from Colombia through Mexico to the United States. Sinaloa is responsible for a major portion of cocaine, heroin and marijuana sold in the streets of the United States. The drug empire has allowed Guzman to accumulate a major fortune, which was estimated to be some $1 billion in 2009.

Mexican Drug Lord 'El Chapo' Extradited To The US