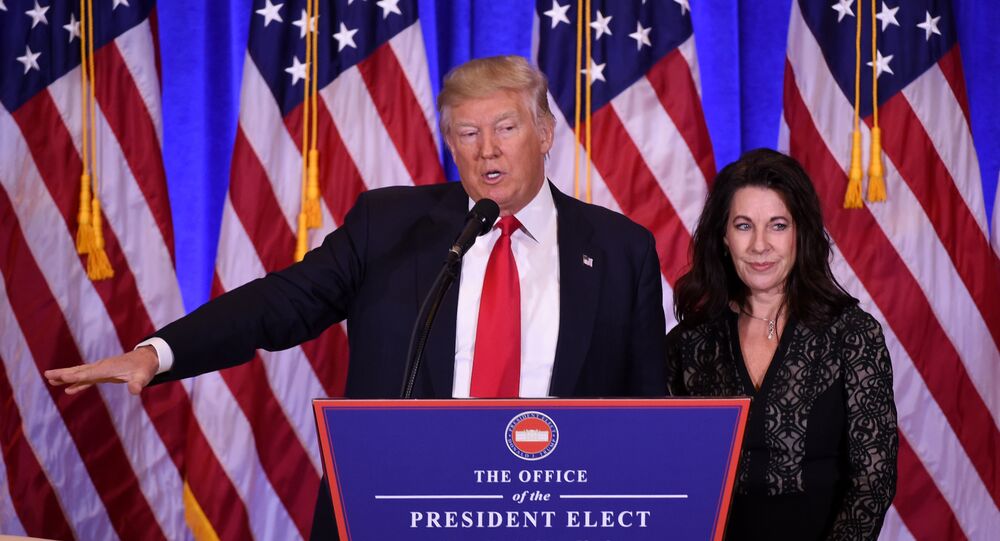 On the eve of the inauguration day, US President-elect Donald Trump vowed to unify the country, making it great for all people.

© AP Photo / David J. Phillip
With Fireworks and Music Trump Arrives in DC on Eve of Inauguration (PHOTOS)
WASHINGTON (Sputnik) — The incoming Republican administration will have the priority of seeking to unify the American people and will work to help the many people forgotten by previous governments, Trump said at an inaugural concert the night before he is sworn-in as commander-in-chief.

“We are going to unify our country,” Trump said at the concert on Washington, DC’s mall in front of the Lincoln Memorial on Thursday evening. “We are going to make America great for all of our people: That includes the inner cities; that includes everybody.”

In his remarks Trump reiterated key themes from his election campaign such as bringing hundreds of thousands of outsourced jobs back to the United States and improving border security.

Trump is scheduled to be sworn in by Supreme Court Chief Justice John Roberts as the 45th president of the United States at a ceremony shortly before noon on Friday.

The main musical star to appear at the concert was Country and Western singer Toby Keith who performed law and order and patriotic themed songs such as “American Solider” and “Whiskey for My Friends.”