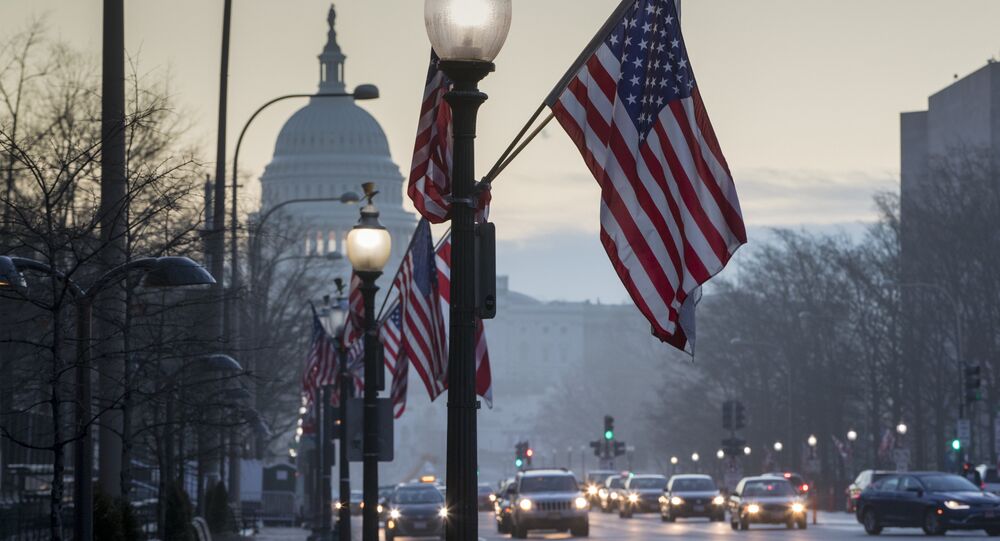 In an unbelievably brazen and somewhat unnerving report, CNN decided to openly brainstorm what would happen if President-elect Donald Trump and Vice-President-elect Mike Pence were assassinated at Friday's inauguration ceremony. Their conclusion? That a member of the Obama cabinet would be selected to take over as president.

Discussing the list of precautions which have been taken to ensure the President-elect's security at his swearing-in ceremony, CNN contributor Brian Todd's bizarre report pondered just "who would be in charge if an attack hit the incoming president, vice-president, and Congressional leaders just as the transfer of power is underway."

"According to the Constitution," Todd said, "if the president and vice president are killed or incapacitated, next in line is the House Speaker, then the President Pro Tempore of the Senate."

"But it won't be a Trump cabinet secretary, since none of them have been confirmed yet. It will be an Obama appointee," Todd noted. "No word from the White House on who that will be on Friday."

Bizarre in and of itself, Todd's report was prefaced by anchor Wolf Blitzer, who uncomfortably led into the story by dramatically asking "What if an incoming president and his immediate successors were wiped out on day one?"

Speaking to the news network, a legal expert emphasized that "you might actually end up with a president from the prior administration because of a tragedy." This person, the expert said, could even be someone as obscure as an acting secretary of state, since Secretary of State John Kerry is expected to resign by noon on Friday.

© AP Photo / Evan Vucci
Trump Plans to Sign Up to 5 Executive Orders After Inauguration - Spokesman
"The uncertainty creates the potential for chaos, high theater, or a hit tv drama," Todd facetiously added, before playing scenes from the 2016 ABC drama 'Designated Survivor', which is based on a scenario where the President and key members of Congress are killed in a terror attack.

The network's curious report prompted outrage on social media, and in the video's YouTube comments section, with users suggesting that CNN was trying to incite a presidential assassination.

"Totally not suggesting anything here, huh CNN?" one user asked. "LOL. Nothing is going to happen. Why so much death and negatives around Trump?" another pondered.

Others simply flagged the video, which was massively downvoted, saying that in light of repeated death threats against the President-elect in recent weeks and months, the report could be said to "incite violence," which is against YouTube's terms of service.

Others still noted that the report was simply "idiotic." Obviously the White House wouldn't reveal who the designated survivor was, sharp-witted users said, since their identity would need to be kept secret to prevent any would-be terrorist from trying to take out the entire government.

© Flickr / frankieleon
Dollar in the Crosshairs Amid Contradictory Remarks From Trump, Yellen
CNN wasn't the only one to dabble in irresponsible journalism ahead of Friday's inauguration ceremony. On Thursday, NBC's Today reported that the US Secret Service is setting up countermeasures to prevent possible terror attacks by tiny radar-resistant drones carrying improvised explosive devices.

Pumping up the threat of the weaponized bomb-carrying drones, Today reporter Kerry Sanders emphasized that the drones were "fast, nimble, and because they're plastic — stealth," making them "a worst case scenario, especially with hundreds of thousands of people all gathered in one spot, like at the inauguration…"

Pointing to the regular use of weaponized drones by Daesh in Iraq, a drone countermeasure expert told Today that the inauguration would "not something I would feel safe at."

Dollar in the Crosshairs Amid Contradictory Remarks From Trump, Yellen