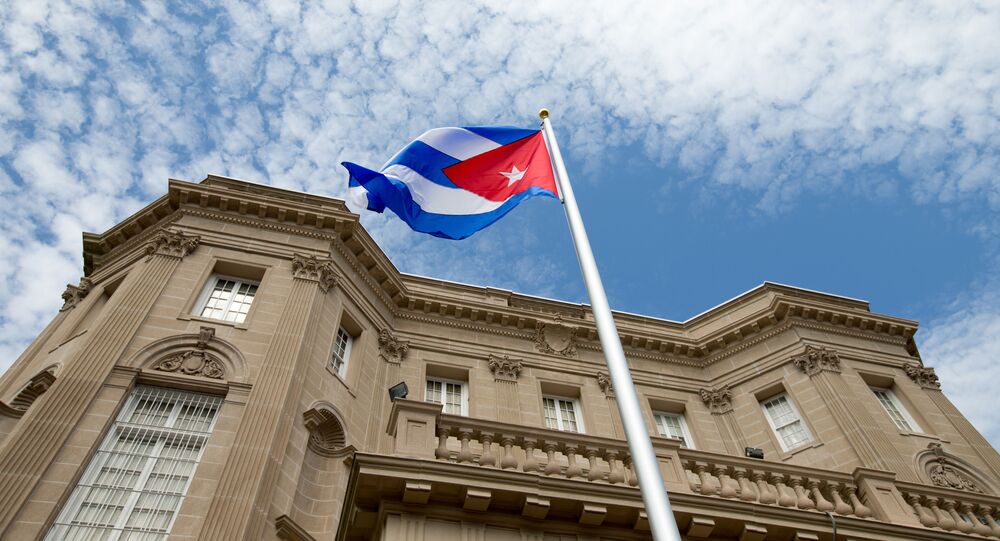 If the current policy of greater cooperation with Cuba is reversed, the move will affect US cooperation with other countries in Latin America, Deputy National Security Advisor for Strategic Communications Ben Rhodes said at a press conference.

© AFP 2020 / YAMIL LAGE
Tillerson Says He Would Advise Trump to Veto Bill That Lifts US Embargo on Cuba
WASHINGTON (Sputnik) — In December 2014, President Barack Obama announced that the United States would normalize relations with Cuba after more than 50 years of non-engagement and hostilities.

However, President-elect Donald Trump has threatened to undo any deal Washington made with Havana if Cuba fails to take steps to improve the lives of the Cuban people.

"If we were to roll back the Cuba policy, I think that would have repercussions not just in Cuba but it would significantly set back our position and our ability to cooperate with countries across the hemisphere," Rhodes stated on Tuesday.

Rhodes explained during the press conference that US policy toward Cuba cannot be seen in isolation from that elsewhere in Latin America, and the Obama administration has removed a "significant irritant between the United States and the countries of our hemisphere."

Moreover, Rhodes noted the administration has made a point to the Trump transition team their focus should be on economic and commercial opportunities for the United States.

"[O]ur foreign policy should correspond with what we are trying to do in opening up more space for American businesses and American travel to Cuba so that there is potential benefits that are consistent with their expressed view of foreign policy priority of promoting jobs and American businesses, that there are very tangible benefits in terms of cooperation that we have bilaterally with the Cubans," Rhodes added.

Relations between the United States and Cuba were frozen since 1961. The two countries reopened embassies in their respective capitals in July 2015, but the congressionally-mandated US trade embargo on Cuba continues to remain in effect.

Cuban Immigration to US Nearly Doubles Since Obama Restores Ties