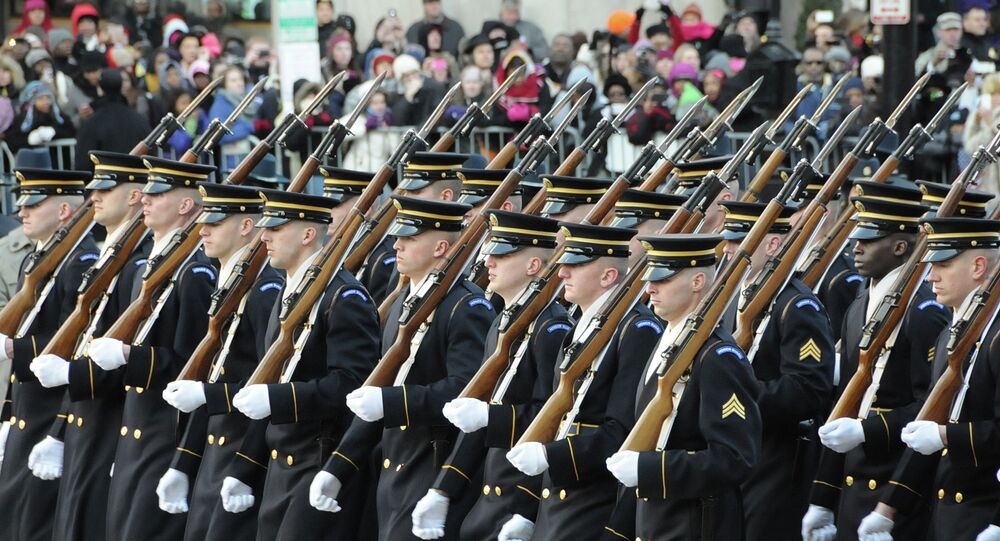 None Shall Pass: Heavy Security Preparation for Trump Inauguration

The US National Guard and other security forces are preparing for the upcoming inauguration of President Donald Trump, amid hints of possible unrest.

© AP Photo / Cliff Owen
Russian Ambassador to US Accepts Invitation to Trump’s Inauguration
Up to 5,000 National Guard troops will be deployed on January 20 to provide security for the inauguration of President-elect Donald Trump. The troops will be joined by 3,000 officers from other jurisdictions. Security in Washington DC is tight, amid information that some may attempt to shut down, or at least attempt to distract from, the event.

"Some folks that are indicating on social media that they're coming to shut down the inauguration or the events," according to Washington DC's interim police chief Peter Newsham. "[It] is something that we will be prepared for."

Newsham added that police are monitoring social media to track anyone expressing an intent to disrupt the ceremony.

During a news conference with the Secret Service and other security forces, DC mayor Muriel Bowser reaffirmed that the city is ready for what some expect to be the largest number of attendees ever. Secret Service special agent Brian Ebert said the Washington field office is "well-prepared and ready for this inauguration."

© AP Photo / Pablo Martinez Monsivais
After Legal Threat, Park Service Agrees to Grant Trump Inauguration Protest Permits
Trump, who will be sworn into office on January 20, has rejected the services of long-time inauguration announcer Charlie Brotman, who has commented on every presidential inauguration parade for the last 60 years. Brotman, 88, will be honored instead as the "announcer chairman emeritus," according to Trump spokesman Boris Epshteyn. Brotman has been offered a VIP seat at the ceremony, but it is unclear whether he will be able to attend the ceremony.

Brotman will be replaced by Steve Ray, 56, a broadcaster with the Washington Nationals baseball club.

"This is an apolitical position with the responsibility of not only entertaining attendees, but because of the unique advantage of the president's announcer position across from the reviewing stand, I am the eyes and ears of the first family who are alerted to stand when certain military and color guard units approach," Ray said, in preparation for the ceremony.

Ambassador to US Kislyak to Represent Russia at Trump Inauguration