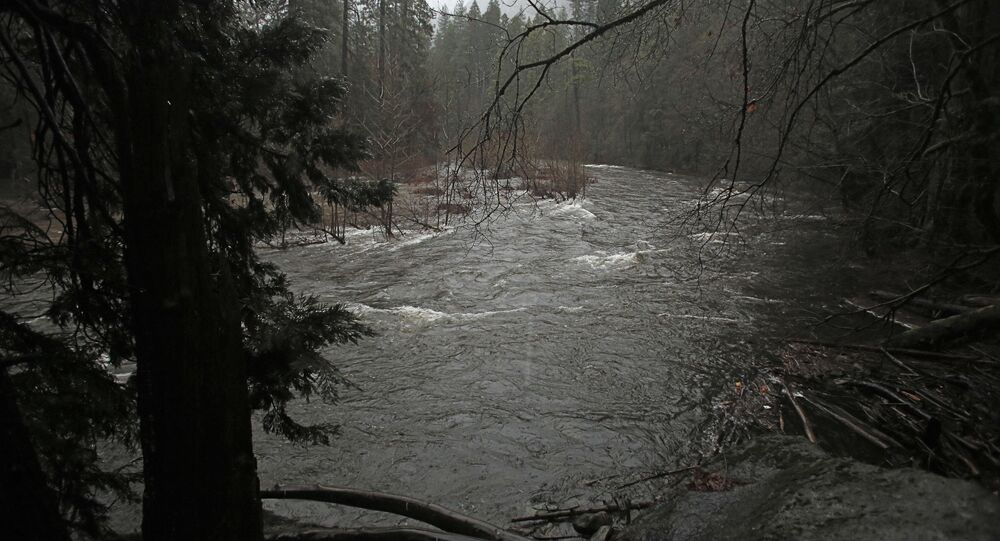 California’s iconic Pioneer Cabin tree, known for having a tunnel carved out at the base wide enough to drive a car through, has collapsed following heavy rainfall in the region. Park officials found the ‘shattered’ remains of the famous tree Sunday morning.

"The Pioneer Cabin tree has fallen! This iconic and still living tree — the tunnel tree — enchanted many visitors. The storm was just too much for it. Thank you, Jim Allday, for the word and the photos," reads a post on the Facebook page of the Calaveras Big Trees Association, which oversees the California state park in which the remains of the Pioneer Cabin tree, and many other majestic and protected redwoods, reside.

Sad the storm destroyed this ancient tree. Goodbye and thank you, #PioneerCabinTree. It stood for centuries at #CalaverasBigTreesStatePark. pic.twitter.com/EaNjZm2abO

Park volunteer Joan Allday told SFGate that the massive tree has been on the verge of death for a long time. "It was barely alive, there was one branch alive at the top," she said. "But it was very brittle and starting to lift." The tunnel through the tree was dug in the 1880s, a promotional stunt which doomed it. "Because of the huge cut, this tree can no longer support the growth of a top, which you can see lying on the ground if you walk through the tunnel," reads a park brochure. In recent decades, the tree's decay shrank the tunnel so that large objects such as cars could no longer fit.

So glad I got to see this iconic landmark before it fell in yesterday's storm. #PioneerCabinTree https://t.co/JTe0NFpw50 pic.twitter.com/plYByNjs66

Cataclysmic rainstorms in Northern Nevada and most of California have led to mudslides and flooding throughout the region. The storm, said to be the largest to hit the west coast in decades, caused at least one death and more than a thousand evacuations. Nevada governor Brian Sandoval declared a state of emergency and the National Weather Service issued a warning for residents to remain in their homes.

What Are They Smoking?! Police Arrests Tree for Blocking Traffic