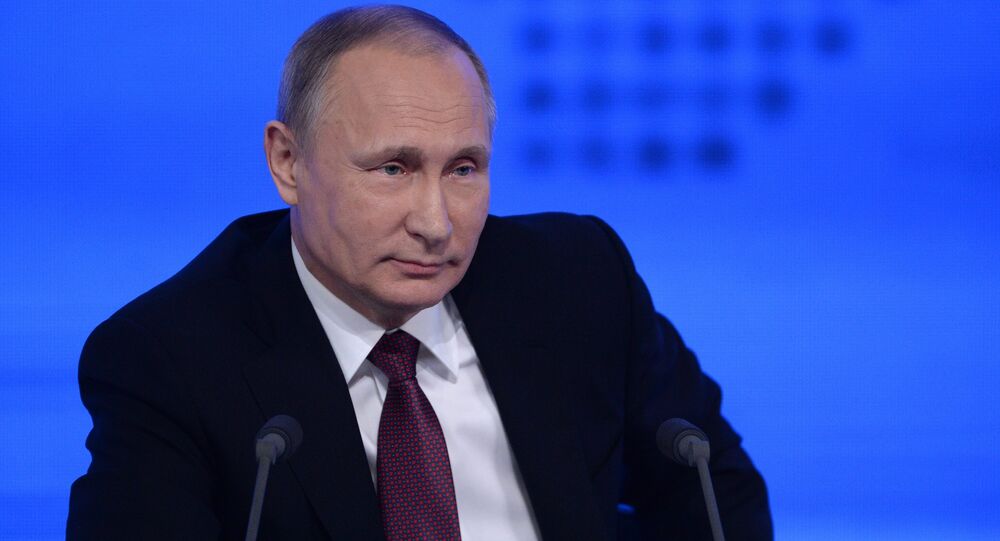 'Most Damaging and Embarrassing Answer We Could Receive,' - Putin Shocks Experts

Russian President Vladimir Putin has responded to the outgoing US administration’s efforts to provoke conflict through new sanctions in what some are calling the “most embarrassing” way possible for US President Barack Obama.

© Sputnik / Aleksey Nikolskyi
US Expels 35 Russian Diplomats, Closes 2 Diplomatic Compounds
On Friday, the Kremlin responded to US sanctions imposed on Thursday by declaring that they “will not resort to irresponsible ‘kitchen diplomacy,’” and reiterated their hopes to work toward a better relationship with the US when President-elect Donald Trump takes office.

The Russian President didn’t stop there, as he also invited "all children of US diplomats accredited in Russia to the New Year and Christmas children's parties in the Kremlin," and offered "New Year greetings to President Obama and his family.

Now, after Putin announced that he is taking the high road, American experts are shocked, and even embarrassed for the Obama administration.

"This is frankly the most damaging and embarrassing answer the US could receive," Michael Kofman, a global fellow at the Wilson Center specializing in Russian and Eurasian affairs, told Business Insider on Friday. "It's quite clear that both the Obama administration and Congress are trying to box Donald Trump in on Russia policy. But instead of responding to this latest salvo with predictable retaliatory measures, Russians have chosen to make them a nonissue."

Boris Zilberman, a Russia expert at the Foundation for Defense of Democracies, also told the website that he believes the decision not to retaliate is a win for Putin.

© CC BY 3.0 / Kbthompson / Russian Embassy Residence
'Lame' - Russian Embassy Mocks Obama Administration Sanctions
"I think Putin saw through Obama's attempt to throw a wrench into relations in the next administration, and looking as though he is above the fray is likely a win as well for him,” Zilberman said.

Putin’s "conspicuous announcement today was intended in part to give the impression that Obama's measures are weak and inconsequential (as indeed they largely are) and do not deserve a response,” Kramer said.

On Thursday, President-elect Trump reiterated his belief that it is "time for our country to move on to bigger and better things," expressing again his disinterest in conflict with Russia.