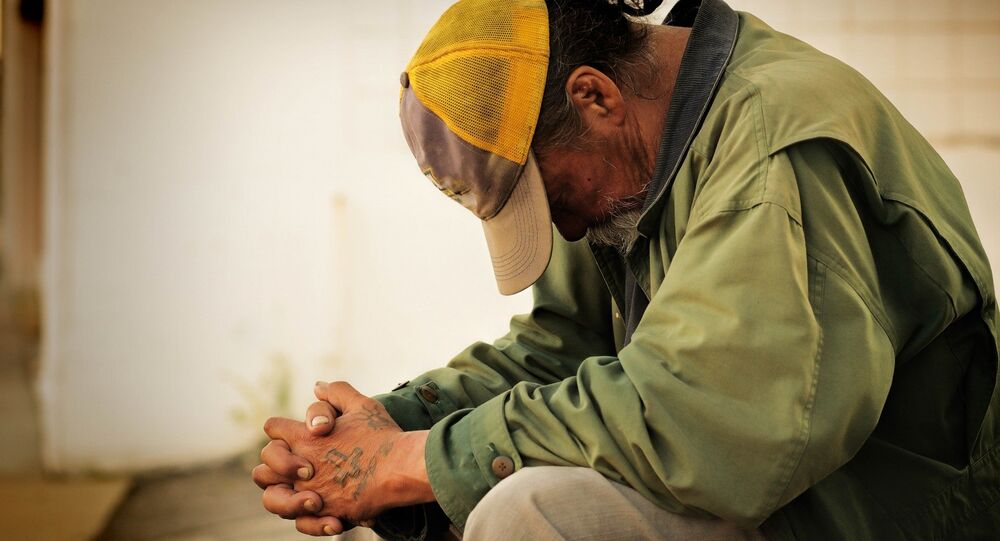 Police in Houston are accused of forcing homeless people to throw away food and donations that were given to them by local activists last week.

Three days before Christmas, a small group of activists reportedly gathered to distribute warm food, blankets, pillows, and other supplies to those most in need. Shortly after their arrival, witnesses claim that police arrived and instructed the homeless to throw away the much-needed gifts that they had been given.

“Not only were the police called, but they brought a large waste management truck and are forcing the homeless to throw away their food, pillows and other items,” Cha-Mira L. Keener wrote on Facebook.

An eyewitness video obtained by local station ABC13 featured a man describing what he was seeing.

“Now they’re making the people throw their stuff away. Wow, that’s crazy,” the witness narrates as he films the garbage truck and police on the scene. “It’s unfortunate, I know, but this is our city. This is how we treat the homeless.”

Screenshot
WATCH: Denver Police Raid Homeless Camp in the Middle of a Snowstorm
In 2012, the city passed an “anti-food sharing” ordinance that prohibits sharing food with more than five people at a time, without fulfilling requirements set by the city council.

“The ordinance requires applicants to fill out a form and seek permission to feed someone while on someone else’s private property. If you would like to feed someone in a public park you must fill out another form. The city argues that feeding the homeless food that has not been cooked in a certified kitchen could spread illness and that feeding them is only enabling homelessness,” Mint Press News reports. “Although Houston police have yet to issue a citation for violation of the ordinance, it has been an issue of concern among activists since the moment it passed. In late November, ABC13 reported that activists delivered 75,000 signed petitions to City Hall calling for the repeal of the ordinance.”

A spokesperson for the city of Houston told ABC that the city dispatches cleaning crews to dispose of trash under overpasses daily, and that crews never take any items that a homeless person wishes to keep. They also claimed that the city is not responsible for enforcing food ordinances. The station reported that several homeless people had confirmed the daily clean-up.