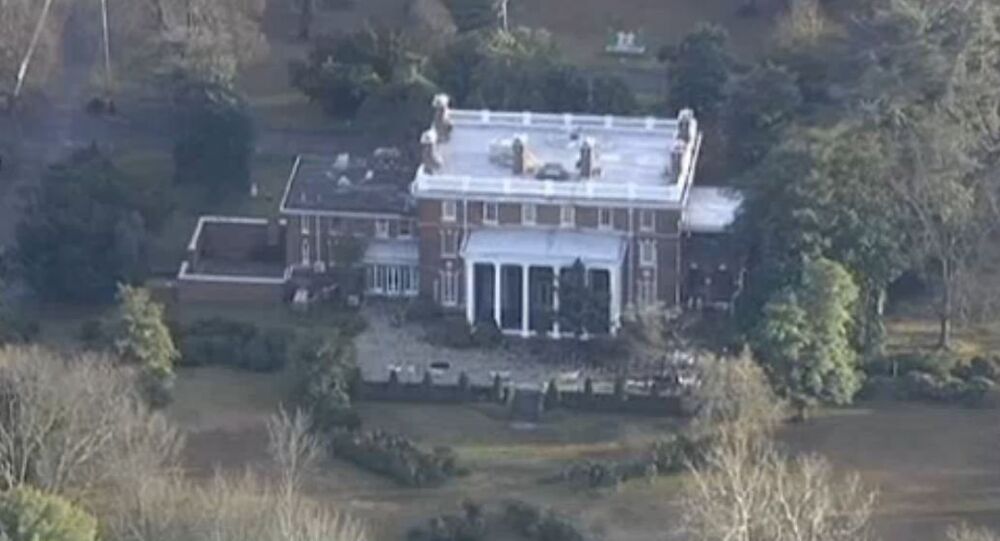 Ruthless US sanctions have banned the use of a highly-private and strategically placed Russian “spy compound,” a vacation retreat center in Maryland where families grilled burgers, hot dogs, and maybe even nuclear-Russian shish kebobs.

On Thursday unmarked SUVs surrounded a Maryland property belonging to the Russian Embassy to the United States to send a clear signal: Russians are not welcome any more.The Obama administration designated the vacation retreat as a compound used for ‘spying purposes’ without expanding on what kind of spying was going on in the remote location.

Unsurprisingly, it is extremely difficult to justify intelligence gathering here, as no military base or government building can be found anywhere nearby and everyone in the neighborhood has known for decades that the spot is a retreat for Russian diplomats and their families. If you had been a spy, coming here would be the best way to blow your cover. Nevertheless, this quaint family vacation spot is what the US has targeted in their latest round of sanctions.

​Google maps gives a detailed look at this 'spy nest,' revealing several wooden summer houses and a 1920s Georgian-style abode to be the home of some of Russia’s most lethal weapons, including lush magnolia, cypress, and boxwood trees. With great views and perfectly-charbroiled steaks on the way, maybe the Obamas want to spend some vacation time there themselves.

© AP Photo / Alexander F. Yuan
A fence encloses an estate in the village of Upper Brookville in the town of Oyster Bay, N.Y., on Long Island on Friday, Dec. 30, 2016
The Washington Life magazine previously ran a feature on the covert operations center, revealing that the "dacha" (that’s Russian for summer house), is a cherished getaway. "It’s a Russian tradition," Yuri Ushakov, the Russian Ambassador at the time, told the magazine. "You will find Moscow empty on Saturdays and Sundays, even in winter. A dacha is a good place to spend time outdoors with family and friends."

​​However, the Obama administration felt that enough is enough, and it was time to put an end to these egregious activities. Russian diplomats, after all, should not have too much fun while in the US, as, otherwise, they might like it here and become too friendly with Americans, something that the outgoing administration has worked hard to prevent at all costs — even if it seriously complicates the lives of US diplomats in Russia. After all, there’s no doubt that Moscow will take similar measures toward Americans, as the diplomatic tradition requires. But who cares, if you can have another great headline, and show how tough you are on the Russians. And their barbeque.

Russia Remains Ready to Work With Georgia on Visa Liberalization