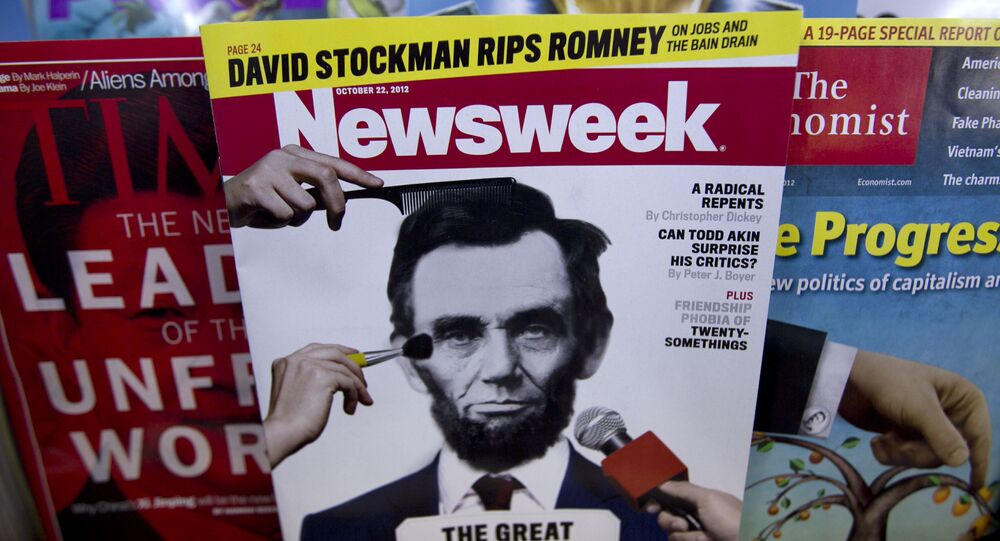 The US government and State Department do not deserve to be entrusted with the power to pass judgment on what is legitimate news as because they have disseminated so much false information of their own, global peace activist Helen Caldicott told Sputnik.

WASHINGTON (Sputnik) — US Congress recently agreed to fund $160 million to battle what they claimed to be foreign propaganda and an alleged Russian campaign to spread “fake news.” The measure has been folded into the National Defense Authorization Act and gives the State Department the power to identify “propaganda” and take actions to reply to it.

“For people in the State Department to observe and denote what news is fake or not is absurd as this department has for many years conjured up and broadcast almost daily its own fake news,” Caldicott, founder of Physicians for Social Responsibility, the co-winner of the 1985 Nobel Peace Prize, said.

© Flickr / Bill Walsh
Journalism Fail: Washington Post Story on ‘Fake News’ Was Fake
Tucked inside the Intelligence Authorization Act for Fiscal Year 2017, the bill appears to be aimed at cracking down on free speech, particularly independent and alternative media outlets.

The so-called mainstream media in the United States had a notorious record of mendaciously or uncritically running fake news stories that went back more than century, Caldicott pointed out.

“Fake news and yellow journalism started with William Randolph Hearst and has continued ever since then with Rupert Murdoch ably stepping into Hearst’s shoes many decades later,” she said.

Caldicott acknowledged that the amount of fake news in circulation had recently greatly expanded. However, she pointed out that it was mainly disseminated by both mainstream and social media, not alternative and independent or some state-sponsored media platforms and organizations.

“That there has been an avalanche of recent fake news is no surprise, helped enormously by social media,” she said.

Assistant Professor of Communications Melissa Zimdars at Merrimaack College in Massachusetts, put together a list of what she calls “False, Misleading, Clickbait-y, and/or Satirical 'News' Sources and included virtually all alternative and independent media.