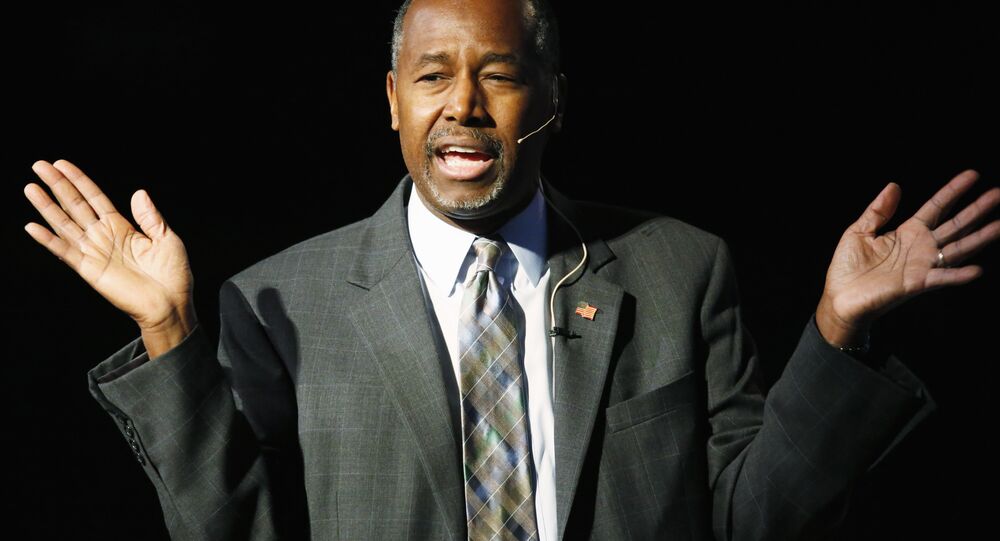 President-elect Donald Trump's choice of neurosurgeon Ben Carson to head the Department of Housing and Urban Development (HUD) is insulting to veterans, the group VoteVets said in a press release.

"Hundreds of thousands of veterans live in HUD-assisted housing," the release stated on Monday. "To make their wellbeing subject to the gross unpreparedness of Ben Carson is a complete insult."

The release noted that Carson's own spokesman admitted he does not have the necessary skills to run a government agency.

© AFP 2020 / JOE RAEDLE / GETTY IMAGES NORTH AMERICA
Pelosi Slams Carson as 'Disturbingly Unqualified' Pick as US Housing Secretary
Veterans who need HUD will be hurt by the appointment, the release added, so the US Senate needs to reject Carson's nomination and force Trump to choose a serious candidate.

Initially, Carson ran against Trump for the 2016 Republican presidential nomination, but supported Trump after dropping out of the race.

VoteVets is the largest progressive veterans group in the United States with more than 450,000 supporters.

Ben Carson Could Be Nominated to Lead US Housing Agency - Trump