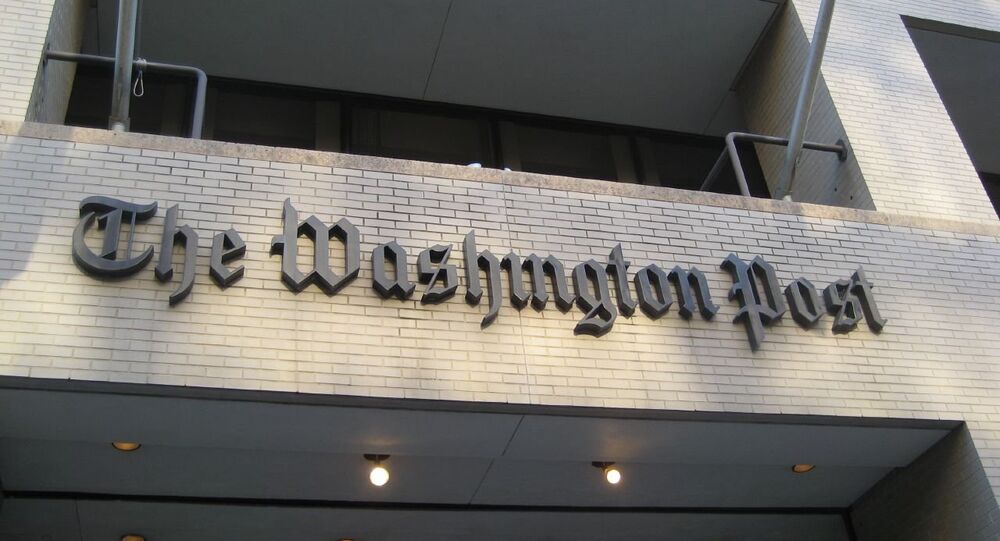 In an ironically false news story from the Washington Post about Russian propaganda “stealing the US election,” the newspaper promoted a website called PropOrNot, which has created a Chrome extension to censor websites that it does not agree with and deems to be “fake news.”

Sites that PropOrNot is accusing of peddling Russian propaganda include extremely popular news websites on several sides of the political spectrum, including The Drudge Report, TruthOut, Blackagendareport, Sputnik News, and even Wikileaks.

“We have used a combination of manual and automated analysis, including analysis of content, timing, technical indicators, and other reporting, in order to initially identify (“red-flag”) the following as Russian propaganda outlets,” a statement included with the published list stated. “We then confirmed our initial assessment by applying whatever criteria we did not originally employ during the red-flag process, and we reevaluate our findings as needed.”

The Washington Post story, which highlighted the blacklist, was quickly called out by The Intercept’s Glenn Greenwald as “journalistic garbage” in a series of tweets mocking the absurdity.

Greenwald also noted the irony of an outlet which published a story suggesting that Russian President Vladimir Putin had poisoned Hillary Clinton accusing others of publishing fake news.

Many other journalists noted that nowhere on PropOrNot’s website does it list who is behind the operation, nor was that aspect covered in the Washington Post piece.

Making the situation even more comical, PropOrNot published a list of “allies” on their website. The only problem is — none of those allies have actually spoken to them.

“Just want to note I hadn't heard of Propornot before the WP piece and never gave permission to them to call Bellingcat ‘allies,’” Eliot Higgins, the founder of Bellingcat, who is listed on the website, tweeted on Friday.

James Miller, managing editor of The Interpreter magazine, also listed as an “ally,” confirmed on Twitter that he also was unaware of the website and has no idea who runs it.

“Information is dangerous and with this new reactionary shift of people making ban lists of so called ‘fake news,’ it shows us how afraid they are of knowledge and differences of opinion that spur people to have an open mind,” Luke Rudkowski, the owner of We Are Change, one of the sites listed on the blacklist, told Sputnik News. “Information is very dangerous for the establishment status quo that tried to keep things the way they are.”

On Friday, the website tweeted a link to their new Chrome extension which will “highlight” the websites which they have “identified.” The move was met with a barrage of mockery, and questions as to why they did not include mainstream media outlets, such as the Washington Post and New York Times, who had reported that there were weapons of mass destruction in Iraq — helping to muster up popular support for a war on false pretenses.

“The only way to truly have significant change in society is to embrace and discuss new ideas with people you disagree with. Once you shut that door you try to shut down reality…” Rudkowski said, “which is impossible to do and will backfire in all of these nanny-state, fear-filled, control-freak bimbos that push the propaganda of ‘fake news.’”

WaPo Says Drudge is Fake News, What Do You Say?