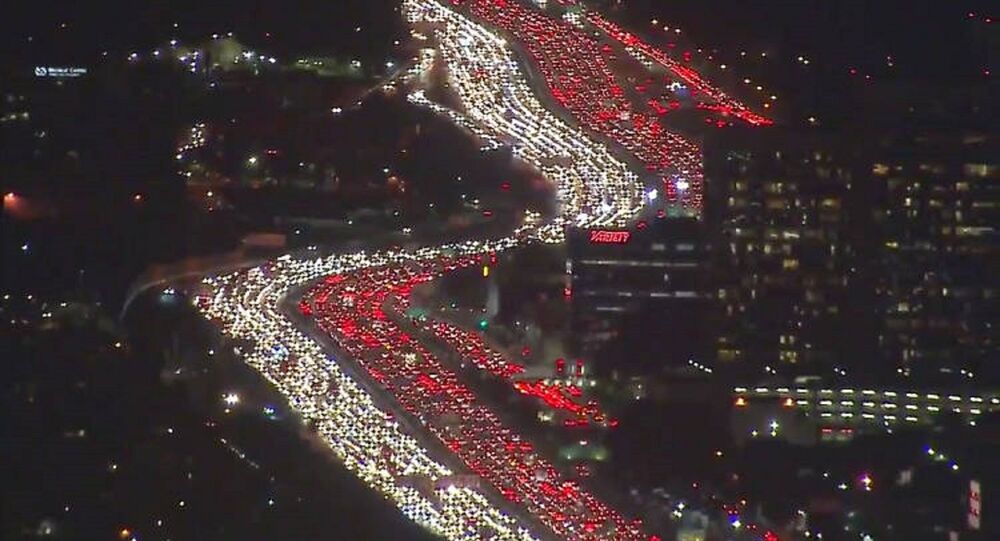 As millions of Americans begin their travel for the Thanksgiving holiday, motorists in Southern California who left early, in hopes of beating the rush, ended up in what is being called the “world’s worst traffic jam.”

Footage of the miles-long gridlock traffic on the I-405 freeway, taken by an ABC News helicopter, was posted to social media, along with a joke about how the cars appeared to be doing the “mannequin challenge,” as none were moving. “The 405” is notoriously one of the busiest highways in America.

​“Are you sure that's traffic? Maybe they decorated the 405 with Christmas lights,” a Facebook commenter using the name Gps Erick joked. “It's called the 405 for a reason: It takes you ‘4 o' 5’ hours to get anywhere,” a commenter named Dennis John Depew wrote.

© Wikipedia
Nearly 500 O’Hare Workers to Strike Over Thanksgiving
Traffic is unlikely to improve over the next few days, as Los Angeles International Airport (LAX) is expecting 2.3 million people to pass through its terminals in the days surrounding the holiday.

A news release from Los Angeles World Airports estimated that 8.4 percent more travelers are expected to pass through LAX than last year’s record-breaking 2.1 million people, during the period between November 18-28. They also expect around one million cars to pass through the terminal areas.

LAX is the third-busiest US airport in overall holiday travel, with Atlanta’s Hartsfield-Jackson coming in second and Chicago’s O’Hare in first place. LAX will be the busiest origin and destination, however, with the most passengers beginning or ending their trips in Los Angeles than in any other airport.

Across the nation, 49 million people are expected to travel 50 miles or more for their Thanksgiving celebrations — the most since 2007.