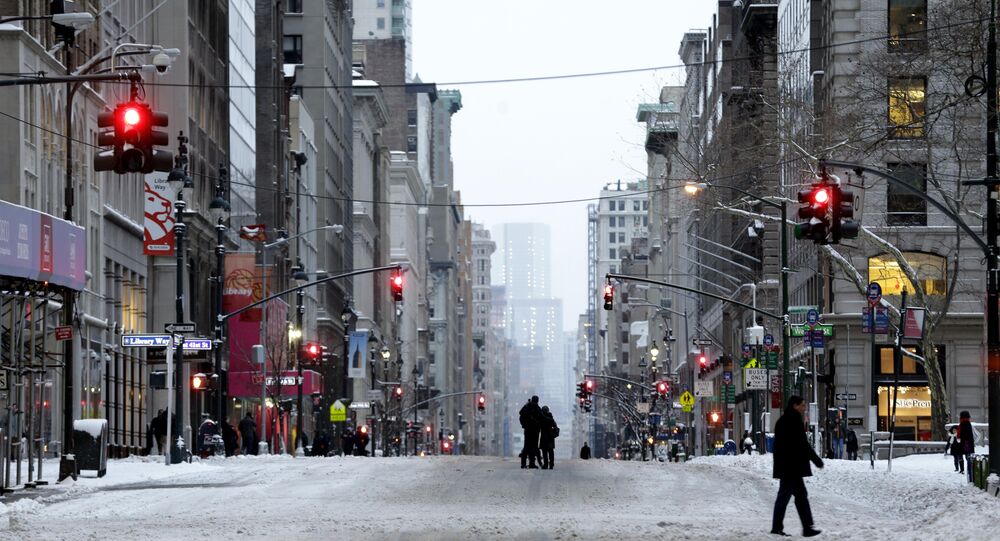 The New York City Police Department (NYPD) is considering the introduction of additional security measures to protect newly elected US President Donald Trump that include the partial closing of Fifth Avenue where the Trump Tower is located, local media reported.

© Sputnik / Tatiana Lukyanova
New York's Trump Tower Becomes Security Nightmare for Police
MOSCOW (Sputnik) – According to CBS News, the measures may include closing one of the lanes of Fifth Avenue and installing blast-proof glass on the lower levels of the Trump Tower.

"We have to strike that balance between security and making sure all New Yorkers are able to get around that very busy area of the city. I am sure working with the Secret Service, we will come up with a good solution to it as we usually do," NYPD Commissioner James O’Neill was quoted as saying by the broadcaster Thursday following the meeting with the Secret Service.

He also expressed his concern about current obstacles for traffic on Fifth Avenue that is filled with barricades and armed officers.

"I’ve been up there numerous times. It is challenging," O’Neill said.

Protests have taken place daily in several US cities since Trump’s victory over Democrat Hillary Clinton in the US presidential elections. Although Trump received 290 electoral votes compared to Clinton’s 232, she won the popular vote.