US oil companies deem it more beneficial to break security rules and pay fines than to cancel projects, Lucy Flores, Board Member for Our Revolution group, told Sputnik.

© REUTERS / Rob Wilson
#NoDAPL: Pipeline Company Determined to Complete Construction Despite Protests
In an interview with Sputnik, Lucy Flores, Board Member for Our Revolution group, pointed the finger at US oil companies which she said deem it cheaper to break security rules and pay hefty fines than to scrap projects.

Our Revolution is a new political organization which aims "to advance the progressive agenda that we believe in," according to its website. It was launched by US Senator Bernie Sanders in August 2016.

Lucy Flores' interview comes in the wake of the US Department of the Interior cancelling 15 oil and gas leases in Montana in the Badger-Two Medicine region, lands considered sacred by the native Indian tribe of the Blackfeet Nation.

The decision was preceded by large-scale protests against the Dakota Access Pipeline. This oil pipeline is to run from North Dakota to Illinois, weaving through four states and beneath protected Native American land.

"This is something that has been ongoing, in line with the country's energy strategy," Lucy Flores said, referring to the construction of a spate of key pipelines that are due to be laid "through and near a lot of protected native Americans' lands." 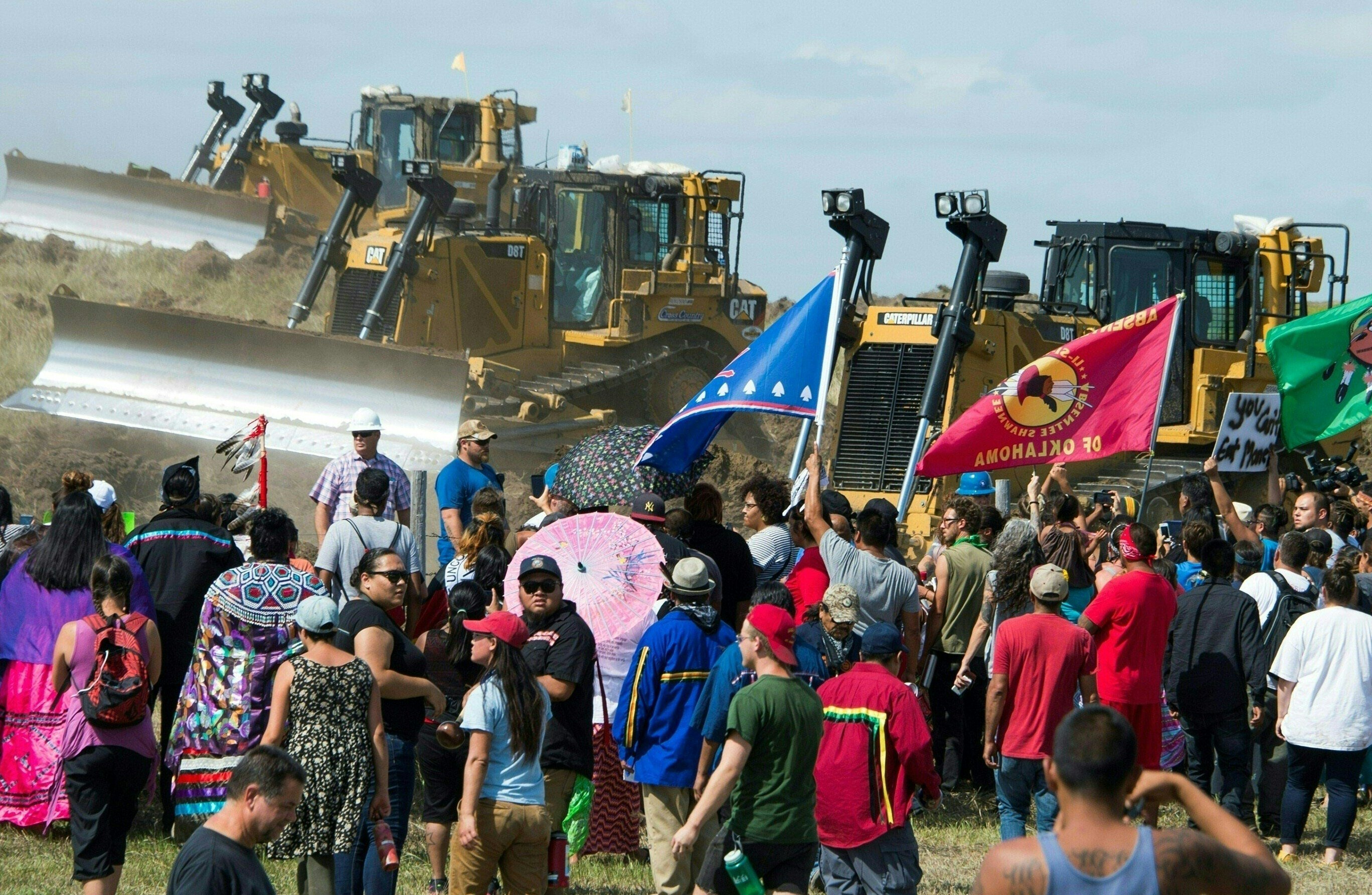 © AFP 2019 / Robyn BECK
Members of the Standing Rock Sioux Tribe and their supporters opposed to the Dakota Access Pipeline (DAPL) confront bulldozers working on the new oil pipeline in an effort to make them stop, September 3, 2016, near Cannon Ball, North Dakota

Scores of indigenous people took part in protests, she said, adding that there was also a large turnout from "people who are fighting for the climate and clear energy as well as people who recognize that we should respect native Americans' treaties" clinched between them and the US government.

"It was a big coalition of all kinds of people who are standing together to call on President Obama to do something [about the matter] during his last couple of weeks in office until the new Administration comes in January," Flores said.

She also touched upon safety concerns which she said "are very justified." If you look at the past performance of this project, we had environmental disasters time and time again when it comes to this pipeline," she said, in a clear nod to the Dakota Access Pipeline.

I am honored to be with a worldwide community that are demanding the Dakota Access Pipeline not be built. #NoDapl pic.twitter.com/KCuebig43I

Flores remained skeptical about the cancelation of the Dakota Access Pipeline, at the same time voicing hope that the protests may add to the project's closure.

"We are certainly hoping, but they will continue to move forward although they know they will be fined by the government and they know there are no criminal penalties involved. It's cheaper for them to pay monetary fees and fines than to delay the project. That's why we are asking for the President to step in," she said.

© Sputnik / Boris Babanov
Third of US Oil Companies May Go Bankrupt in 2017 Amid Low Crude Prices
On Tuesday, a whole array of protest rallies were held across the United States as part of the so-called Day of Action.

The protests came just one day after the US Army Corps of Engineers announced it would temporarily halt the construction of the pipeline to review its impact.

US Imports of Crude Oil Increase for First Time Since 2010

Prices Above $50 to 'Stimulate' US Shale Oil Production – Rosneft CEO