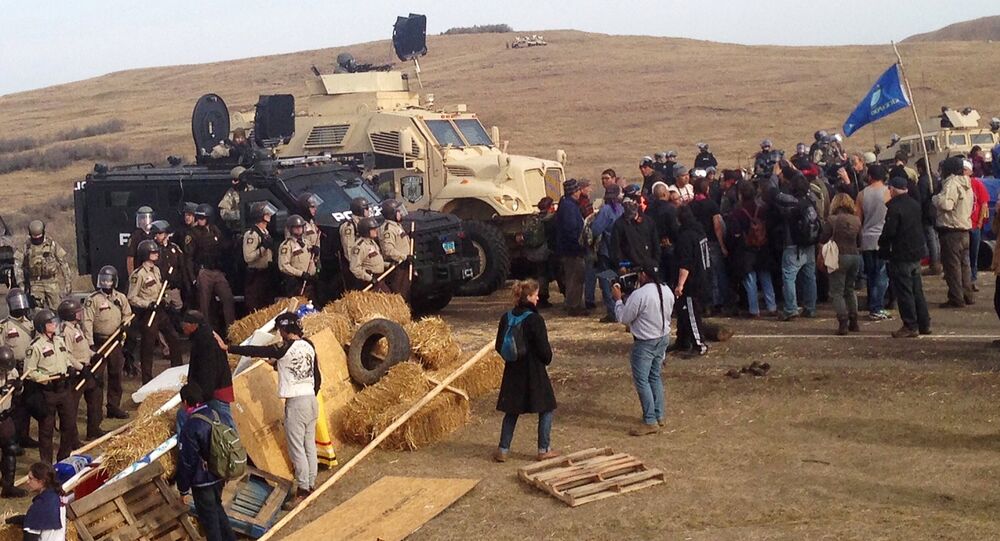 Energy Transfer Partners, the Dallas-based company behind the Dakota Access Pipeline, intends to complete construction on the controversial project despite mounting public opposition.

Kelcy Warren, CEO of ETP, told PBS NewsHour, "This is not a peaceful protest… If they want to stick around and continue to do what they’re doing, great, but we’re building the pipeline."

The federal government halted construction on the $3.7 billion pipeline in September amid protests from the Native American Standing Rock Sioux tribe and their supporters, who claim that the Dakota Access pipeline violates treaties, will damage the environment, contaminate water supplies and desecrate sacred lands.

Organizers at Standing Rock called for a national day of action on Tuesday to stand in solidarity with the camp at Cannon Ball, North Dakota. Thousands of demonstrators in Washington DC, Dallas, San Antonio, Omaha, New York, Los Angeles and other cities marched and protested in front of local Army Corps of Engineers offices calling for an end to the crude oil pipeline.

The Department of Interior released a statement on Monday saying that "additional discussion and analysis are warranted in light of the history of the Great Sioux Nation’s dispossessions of lands, the importance of Lake Oahe to the Tribe, our government-to-government relationship, and the statute governing easements through government property."

The government agency added, "The Army invites the Standing Rock Sioux Tribe to engage in discussion regarding potential conditions on an easement for the pipeline crossing that would reduce the risk of a spill or rupture, hasten detection and response to any possible spill, or otherwise enhance the protection of Lake Oahe and the Tribe’s water supplies."