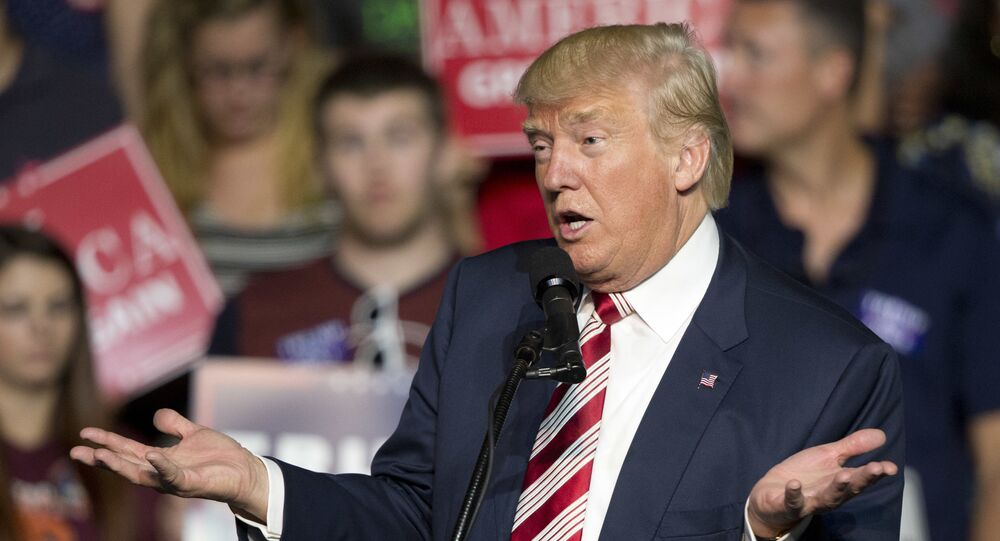 US President-elect Donald Trump will face serious resistance from his own national security establishment if he tries to restore the use of torture in interrogations of terror suspects after he takes the oath of office, analysts told Sputnik.

WASHINGTON (Sputnik) — During the campaign, Trump made a number of controversial statements about US intelligence matters, including terrorism and torture of terror suspects.

"I think that even if President Trump wants to go back to torture he will get a lot of resistance from National Security State officials," California State University Professor Emeritus of Political Science Beau Grosscup said on Thursday.

© AFP 2021 / Petras Malukas
Trump May Save Funds for Domestic Policies by Slashing US' Operations With NATO
Grosscup explained the opposition to the revival of the use of so-called "enhanced interrogation techniques" such as waterboarding was particularly strong among serving intelligence officers and legal and mental health specialists who had also been forced to deal with the issue.

Many still-serving "intelligence officers, their lawyers and psychologists who though they escaped prosecution still have a bad taste in the mouth from the [use of torture during the George W.] Bush administration," he stated.

Grosscup also pointed out that the incoming Trump administration would have to prepare the groundwork to permit such activities in dealing with both domestic US law and international agreements that the United States is still subscribed to.

"Two things would have to happen again. [Trump] would have to declare that the Geneva Accords on torture don’t apply (as Bush did) and he would have to get lawyers to change the definition of torture again as they did under Bush [his Vice President Dick] Cheney," he said.

The US government lawyers would have to come up with a new definition of their interrogation practices that did not match the international community’s definition of torture, Grosscup explained.

However, the very disappointing intelligence yield produced by the use of enhanced interrogation techniques during the Bush-Cheney years could certainly strengthen the case made by US officials who would oppose any attempt to reintroduce them, Grosscup predicted.

© AP Photo / Andrew Harnik
US Senator Says Democrats to Battle Trump's Agenda 'Every Step of the Way'
"There would be much resistance to do either again especially as it is clear the torture didn’t work to get good intelligence," he said.

University of Pittsburgh Professor of International Affairs Michael Brenner noted that there appeared to be no serious drive either within the US national security bureaucracy or among Trump’s own advisers to try and reintroduce any use of torture techniques.

"Torture is not high on anybody's agenda. It serves no useful purpose and the people who did it have flushed the desire for vengeance out of their system," he said.

Brenner also cautioned that the key individuals advising the president-elect on this issue had not yet been identified or appointed so no one could yet predict what they would urge him to do.

"We really have no idea what Trump things or who will be influencing him," he said.