Americans Not Fooled by 'Campaign Tricks', They're 'Tired and Ready for Changes'

In the follow up to the results of the US presidential vote, which came as a surprise to many pollsters and pundits, Radio Sputnik sat down with Dr. Allan Lichtman, professor of American Political History at American University and election forecasting guru, who predicted the Trump victory, to learn his take on the unexpected win.

"Every election we should send all the pollsters off to a nice friendly island in the Pacific Ocean to take a very long vacation. We don’t need the pollsters. They create laziness in the media, because essentially the media just slavishly follows the polls," he told Sputnik while commenting on the poll results which suggested that Hillary Clinton was the hot favorite to win the presidency.

"We don’t need the pundits," he reiterated, while explaining that just 24 hours ago the pundits were telling the readers and listeners what a horrible candidate Donald Trump was, what a bad campaign he had run, how he was sure to lose and how he was going to bring down Republican candidates with him.

Then Trump wins, Dr. Lichtman says, and the pundits suddenly take a 180 degree turn in the opposite direction and lavish praise on how he reached out to forgotten Americans.

"It’s the same campaign, nothing changed, except the polls were wrong. And therefore the pundits had to switch. So we need to rethink the way we analyze the politics," he told Sputnik.

He went on to say that the media doesn’t determine election results.

"American people are not fooled by the tricks and turns of the campaign. I predicted this long before that supposed Comey letter on e-mails that turned the elections around," he further said.

"The key is pointed to a change, not to the election of a particular Republican candidate," he stated. 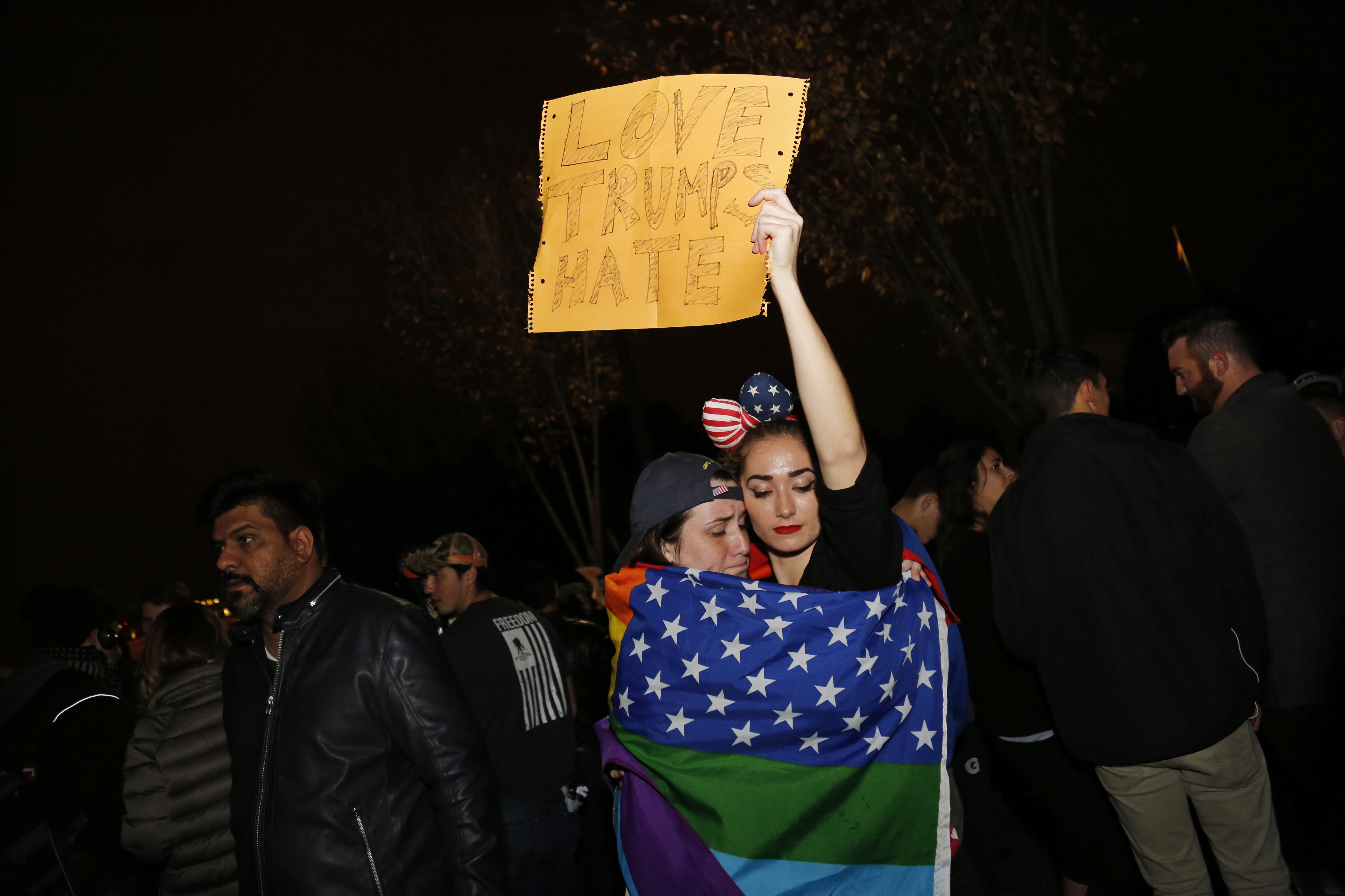 Dr. Allan Lichtman has also commented on the protests which broke out in some US cities right after the preliminary results were announced.

"When the Supreme Court in 2000 stopped recounting Florida and gave George W. Bush the election by 537 votes in that state many people thought the nation was irrevocably divided, the Supreme Court has lost its status," he recalled.

"And of course none of that happened. And there is one way Trump can unite the nation, and only one way – that is to govern well, govern in the interest of the country," he finally said.

© REUTERS / Jonathan Ernst
Trump Makes 2016 Race 'Most Puzzling Election in Modern Times'
Earlier in November Dr. Allan Lichtman explained to Sputnik his metholody of pattern recognition which he had used at eight American presidential elections over last 30 years. He has been correct in his predictions for all this period of time.

He said he relies on a system of 13 keys, which are basic true or false statements describing the pre-electoral political context. They include such factors as "long- and short-term economy, third parties, foreign policy values and successes" and other things.

If at least six of them are false, he then said, the incumbent party is set to lose the Oval Office. And this year, the tide is turning against Democrats, he predicted.

The results of the vote only seem to prove his forecast.

'Middle-Class White American Revolt': How the Polls Got the US Election so Wrong