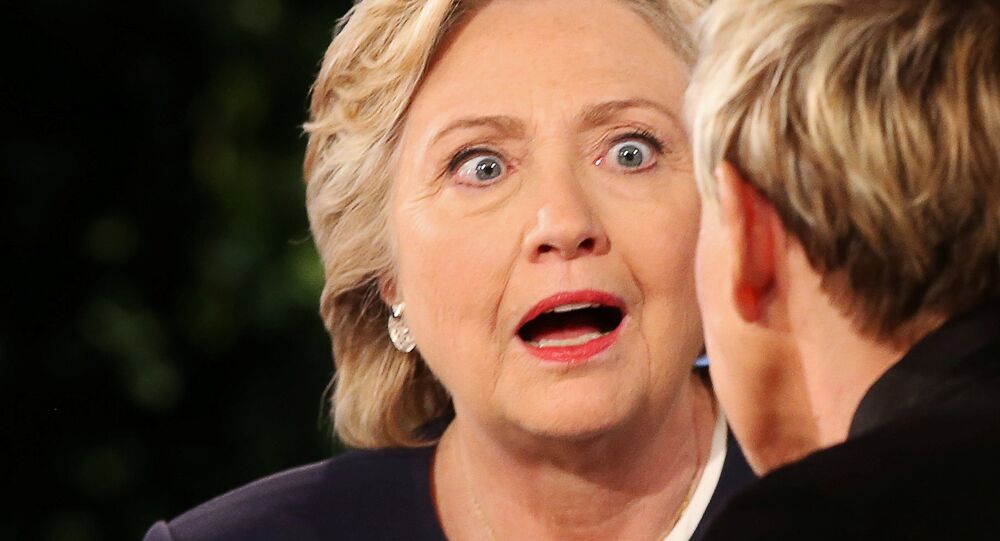 #PodestaEmails: Clinton's Aide Advised Her to Punch Doll to Be Nice in Interview

A Clinton's adviser suggested to the presidential campaign chair John Podesta that Hillary should beat a punch doll to get rid of excessive aggression ahead of an interview.

"Have her beat the shit out of a punch doll (or maybe a staffer)… so she would be warm and charming in the interview," Tanden, who worked for Clinton’s 2008 campaign, wrote to Podesta in September 2015.

Tanden added that Clinton seemed unlikable on some shows at one point in the past, but was eventually able to do much better.

"During the height of the primaries when she was doing morning show after morning show she would be relatively unpleasant. But then she actually did a good job on the shows," Tanden wrote.

Earlier Wikileaks releases showed Clinton's staffers discussing whether she should withhold or make public the emails on her private server.

The most recent email disclosure pushed the total number of the leaked emails to 50,408, which is even more than 50,000 that WikiLeaks promised to publish before the US elections due to take place on November 8.