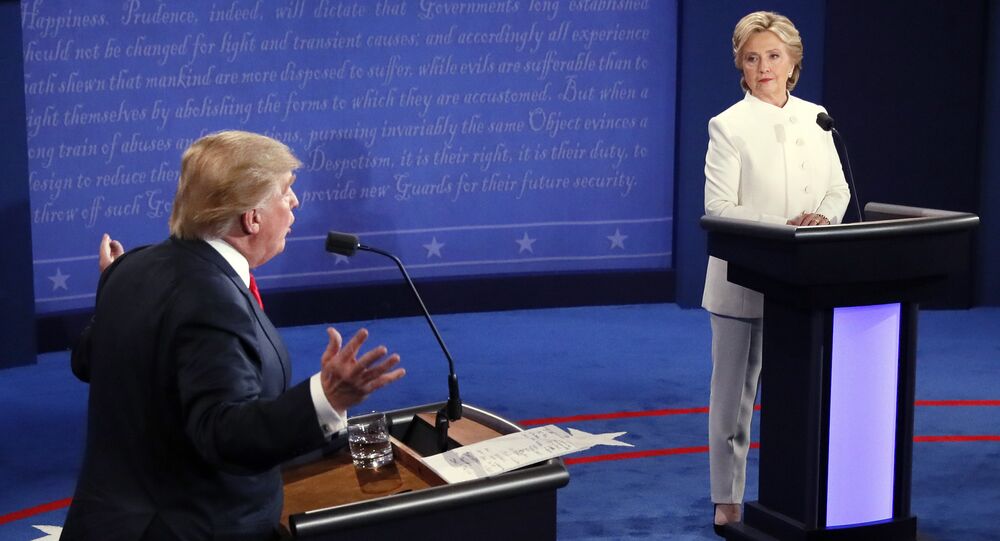 Former US secretary of state, democratic nominee Hilary Clinton is leading over Republican Donald Trump by one percent only nine days before the elections, a new tracking poll revealed Sunday.

© REUTERS / Craig Lassig/Jay LaPrete
Trump Holds Narrow Lead Over Clinton in a Fresh Poll
MOSCOW (Sputnik) – The poll conducted by The Washington Post and ABC News on October 28-29 revealed that 46 percent of the likely voters intend to vote for Clinton, while 45 percent of those surveyed support Trump.

On Saturday, the ABC News/Washington Post poll said that Clinton was leading over Trump by two points.

The survey also showed that the FBI investigation into Clinton’s use of the private server and email account for official business, did not affect the voting preferences of 63 percent of the likely voters.

The United States presidential election will be held on November 8.

On Friday, FBI Director James Comey told members of the US Congress in a letter that the bureau had found additional emails relevant to its investigation into Clinton’s use, as secretary of state from 2009 to 2013, of a private email server. FBI investigators will determine whether the newly uncovered emails contain classified information, Comey wrote.