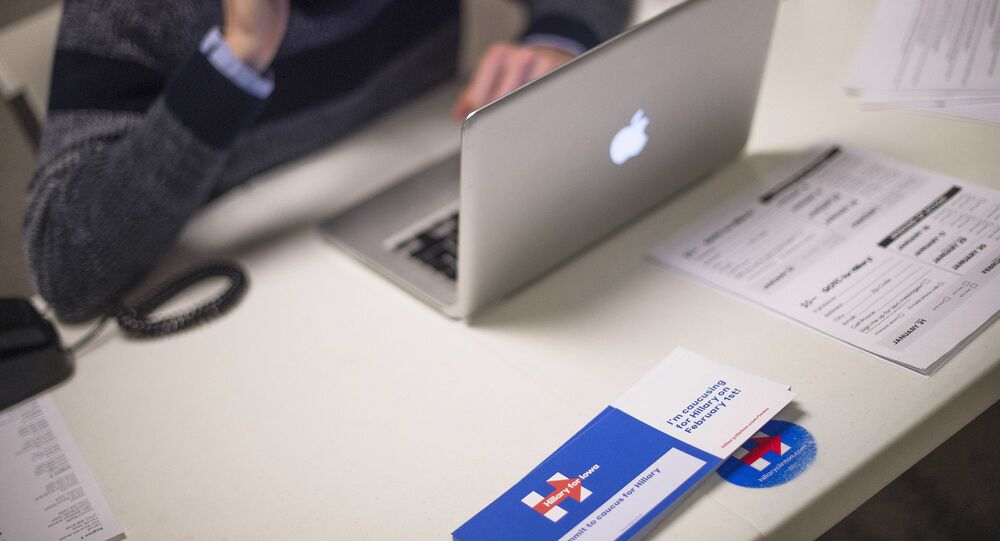 Whoever advised US Democratic Party presidential hopeful Hillary Clinton that she could use private emails while in office should have been "drawn and quartered," according to the latest batch of emails of the campaign chairman John Podesta, published by WikiLeaks on October 27.

Clinton ran into huge trouble when it was revealed that — while Secretary of State — she had been using insecure private email accounts based on non-government servers, exposing the US administration to hacking or surveillance from foreign nations.

In the latest cache of emails, one of Clinton's advisers, Neera Tanden wrote to Podesta asking: "Do we actually know who told Hillary she could use a private email? And has that person been drawn and quartered? Like whole thing is f****** insane."

The revelations that — as Secretary of State — Clinton had committed such a huge security gaffe was quickly picked up on — and has since extensively been used by — Republican candidate Donald Trump, as an example of how Clinton is unfit for the presidency.

Another chain of emails delivered Clinton's advisers' verdict on her round of interviews with the media apologizing for the email gaffe and saying: "As I look back at it now, even though it was allowed, I should have used two accounts. That was a mistake. I'm sorry about that. I take responsibility."

Tanden responded: "She rocked it!" in a suggestion that the plan had been to admit culpability personally — an honest appeal for empathy to kill the political furore. Another adviser, Jennifer Palmieri replied: "I actually cried a little bit with relief."

1 / 3
© Photo : Wikileaks
One of the 'Podesta Emails' released by Wikileaks

However, John Podesta replied that Clinton may not have gone far enough and that Trump had found her weak spot.

"No good deed goes unpunished. Press takeaway was the whine of but 'she really didn't apologize to the American people' I am beginning to think Trump is on to something," Podesta wrote

Meanwhile, another email — also from Tanden — show the sense of vulnerability within the Clinton camp: her need to appeal to voters who conceive of her as being part of the establishment and — in particular — part of the Obama set who promised much, but delivered little.

"So if she attacks [Trump] from the right (say on taxes), she will sound establishment/centrist and that hurts her. She needs to reaffirm her liberal credentials, not just her doer credentials," Tanden wrote.

"This is a change election: people (even those who support Obama) are not interested in the status quo. Therefore they want a candidate who will make change, actually fight the status quo."

Wikileaks has gradually been releasing more than 30,000 emails hacked from the account belonging to Podesta since October 7, 2016, giving an insight into the background thinking within her team. It is believed they will continue to be dripped out ahead of the presidential election on November 8. Apart from the embarrassment over the email account, the leaks show Clinton changing her position on free trade agreements.