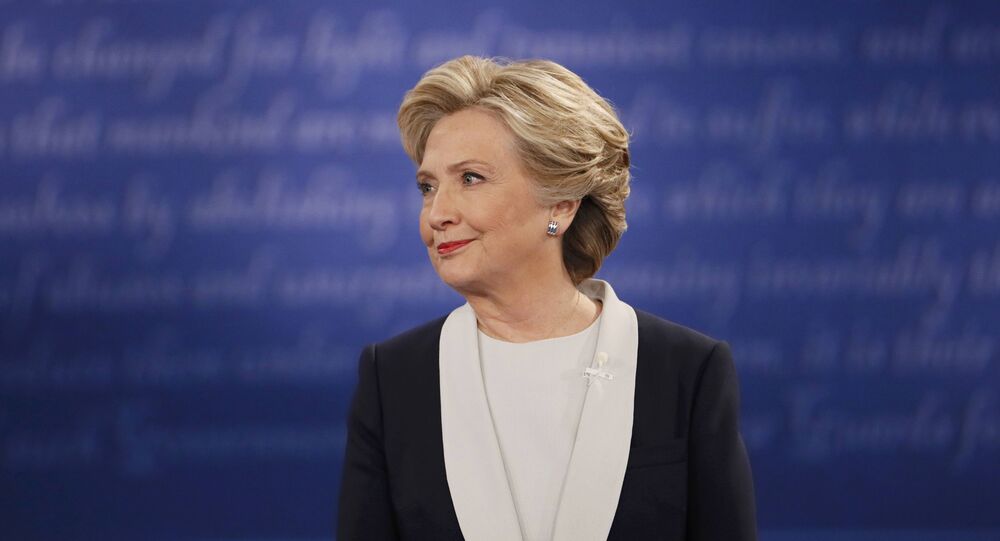 Hillary Clinton said that she will keep on insisting on establishing no-fly zone in Syria to gain leverage on Damascus and Moscow.

© REUTERS / Rick Wilking
Hillary Clinton's Support for a No-Fly Zone in Syria is Insane
WASHINGTON (Sputnik) — Democratic nominee Hillary Clinton said during the third presidential debate with Republican rival Donald Trump on Wednesday night that she will keep on insisting on establishing no-fly zone in Syria to gain leverage on Damascus and Moscow.

"I am going to continue to push for a no-fly zone and safe heaves within Syria not only to help protect the Syrians and prevent the constant outflow of refugees, but to frankly gain some leverage on both the Syrian government and the Russians that perhaps we can have the kind of the serious negotiations necessary to bring the conflict to an end and go forward on political track," Clinton stated.

Clinton claimed that a no-fly zone could hasten the end of conflict in Syria, but the United States would have to clearly communicate to Russia the purpose of the strategy being the establishment of safe areas on the ground.

Shortly before the debate, Clinton’s campaign office said in a press release that Donald Trump would support the Russian-backed military operation in Syria if he is elected to be the next president of the United States.

Aleppo has been engulfed in a heavy fighting since the forces of the legitimate Syrian government of President Bashar Assad began a major offensive on the rebel-held eastern districts of the city following the collapse of the ceasefire brokered by Russia and the United States in early September.

Merkel Skeptical About Creation of No-Fly Zone in Syria