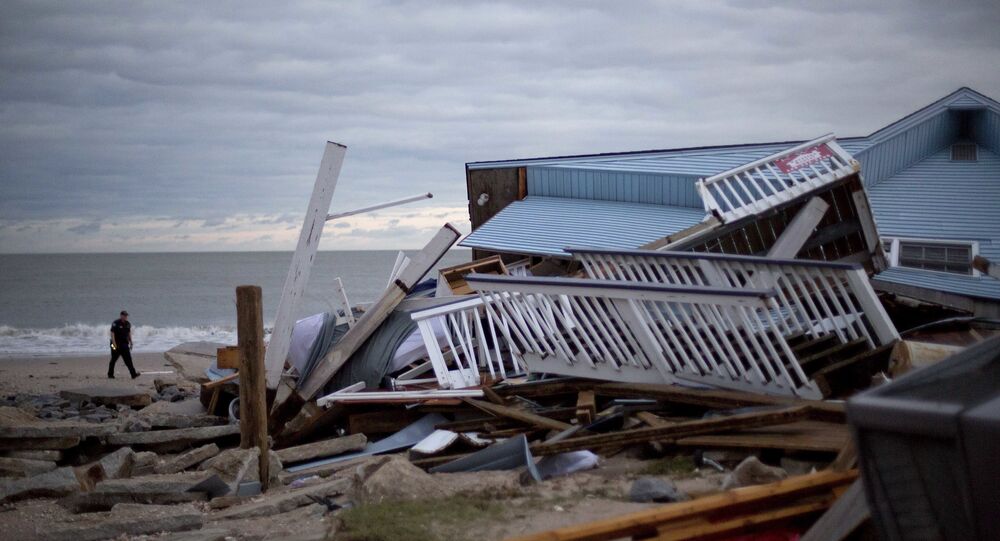 Hurricane Matthew has resulted in 19 confirmed deaths in North Carolina alone, as flooding waters continue to rise in many communities.

On Wednesday, Governor Pat McCrory confirmed the storm-related deaths, and warned residents that have refused to leave evacuated areas to flee quickly.

“Too many people have died, and we don’t want anymore to die. Yet there are going to be conditions during the next 72 hours which will be extremely dangerous,” McCrory said.

"We've had too many deaths. Get out!" he said. "Once that water flows it's too late."

The governor warned against people attempting to drive through high water, as it has been the cause of many of the deaths. He also asserted that many people remain unaccounted for.

© AP Photo / Dieu Nalio Chery
Haiti Could Face Famine in Three Months in Wake of Hurricane Matthew
The latest confirmed deaths were mostly the result of drowning, though one man was killed when a tree fell on his car in Wake County, and another died after being shot by a North Carolina Highway Patrol officer and two deputies “during the high water situation.”

“All we know is there was a confrontation and a shooting that has resulted in a man’s death in very, very difficult circumstances,” the governor said.

Currently, over 77,000 Duke Energy customers remain without power in the state, and a federal disaster declaration has been received for 31 counties.

"Our state continues to make progress responding to the devastation from Hurricane Matthew but dangerous conditions persist," McCrory said on Tuesday. "We will continue doing everything possible to fight for all available resources to help people recover."

In South Carolina, the situation also remains dire, as officials have announced they expect many roads and bridges to be covered by the flood water.

A Look at Hurricane Matthew From Space

Hurricane Matthew Death Toll in US Rises to 15

Over 870 People Killed by Hurricane Matthew in Haiti