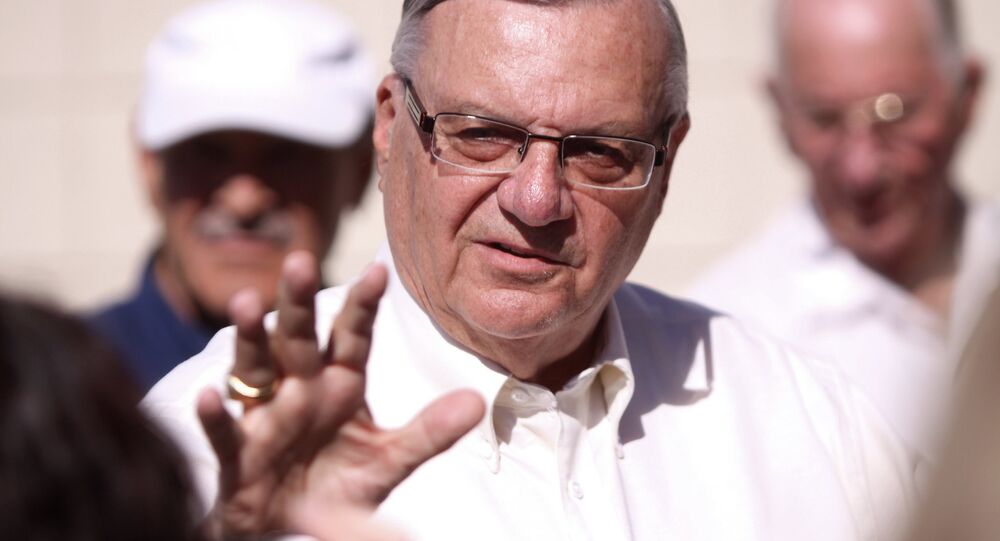 Calling himself America’s toughest sheriff, 84-year-old Joe Arpaio of Maricopa County, Arizona, will be charged for violating a court order regarding a 2007 racial profiling case, and could serve jail time.

Prosecutor John Keller is seeking up to 6 months of incarceration, taking into account Arpaio's age and other factors. US Phoenix District Court Judge Susan Bolton recommended a formal complaint be filed against Arpaio by Wednesday.

Possible criminal contempt charges against Arpaio come 18 months after he began ignoring a court order barring the sheriff's office from stopping and detaining drivers solely based on a suspicion that they were illegal immigrants. US District Judge Murray Snow suggested criminal charges against Arpaio, for repeatedly and intentionally disobeying the former's orders to stop his illegal racial profiling.

NPR's Ted Robbins described Arpaio's tactics at the time: "Sheriff Arpaio has been holding what he calls saturation patrols in Phoenix-area neighborhoods. They're aimed at rounding up people in the country without proper documents. Deputies have been stopping cars and detaining people while they ran immigration status checks through the federal government's database. So, the case was brought by a group of citizens and legal residents who said they'd been stopped just because they are Hispanic."

Arpaio, however, claimed his disobedience was not intentional. His lawyer, Mel McDonald, said, "I expected the government would want to proceed so we will be ready and proceed and defend the sheriff."

© AP Photo / Ross D. Franklin, File
Sheriff Joe Arpaio Will Not Give Up on ‘Birther’ Claims Obama Wasn’t Born in US
The lawyer asserted that the sheriff will not be arrested, and no mugshot will be taken. "We believe the sheriff, being an elected official, should be judged by his peers," McDonald said.

Arpaio, known for keeping jailed asylum seekers in tents and making them wear pink underwear, has been sheriff in Maricopa County since 1993, and is seeking election to a seventh term as the top lawman.

Does Racial and Religious Profiling Already Exist in America?