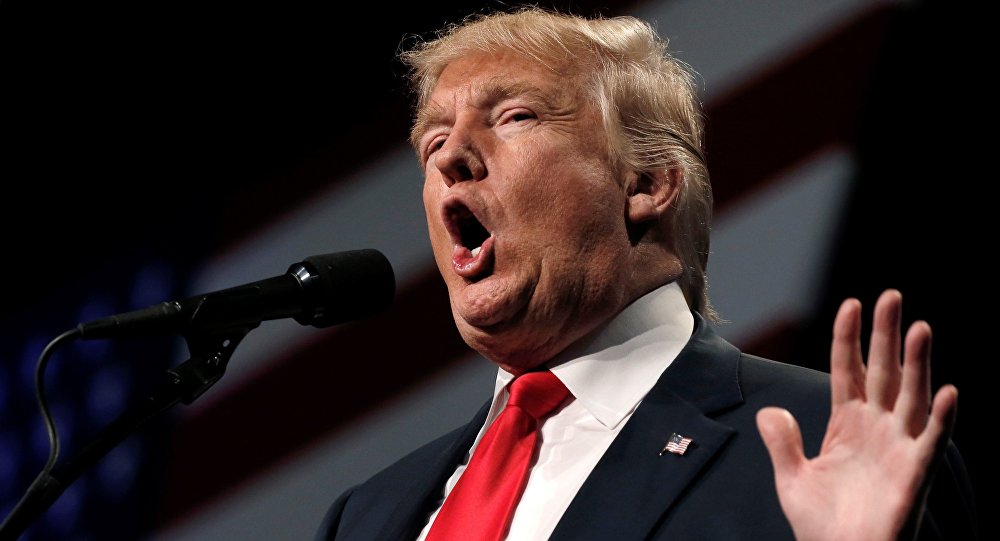 US Republican presidential candidate Donald Trump accused the administration of US President Barack Obama of detrimental activities in regard to the country's energy companies.

© REUTERS / Brian Snyder
Obama Must Promise American People Not to Pardon Hillary Clinton - Trump
WASHINGTON (Sputnik) – On Sunday, Trump and Hillary Clinton, his rival from the Democratic Party, participated in the debate ahead of the forthcoming presidential elections.

"Energy is under siege by the Obama administration. Under absolutely siege. The EPA, Environmental Protection Agency, is killing these energy companies," Trump said during the debate with Clinton, as quoted by the Fortune magazine.

He added that foreign companies were buying US energy plants and "rejiggering" them for their own purposes.

According to Trump, Washington should guard the country's energy companies and consequently they would be able to compete, make money and pay off the national debt of the United States.

The United States is going to elect its new president on November 8.